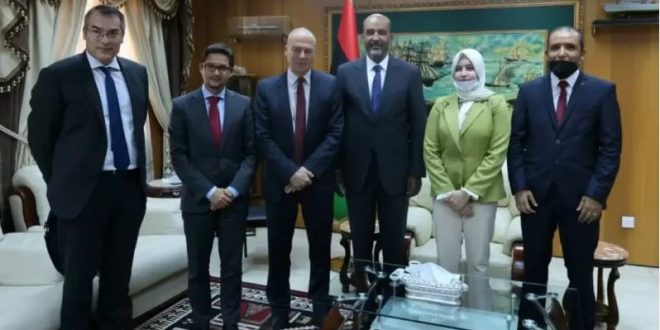 Presidential Councilman Musa Al-Koni met with Switzerland’s Assistant Foreign Minister for Migration, Vincencia Macioli, and his team at the Council’s offices in Tripoli.

According to the Presidential Council Information Office, the delegation submitted a draft proposal to address the issue of illegal migration at the meeting.

Al-Koni emphasized the significance of the migration issue, which necessitates cooperation between European countries and Libya in the humanitarian, security, and economic contexts, by establishing spatial development in countries exporting migrants in order to limit their flow to Libya, which bears their burden solely as a transit country.

In response, the Swiss Minister emphasized that his country was prepared to handle the migrant issue and build border towns in collaboration with the Libyan side in order to carry out its goal.