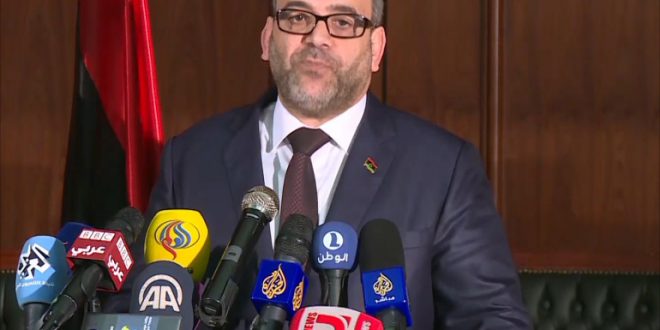 The Head of the High Council of State (HCS) Khalid Al-Mishri urged Sunday in a letter to the UN envoy to Libya, Jan Kubis, for reminding the House of Representatives (HoR) of the risk of violating the Libyan Political Dialogue Forum’s (LPDF) roadmap by unilaterally discussing elections legislations for December 24 general elections.

Al-Mishri said such a behavior by the HoR harms the Libyan political process, referring to the 19 and 21 articles of the political agreement.

The Speaker of the HoR Aqila Saleh said on August 03 that issuing legislations is an essential role of the HoR without participating with any other entity, saying the HCS is an advisory body that can take part in the process with limits.

Saleh later said that the HoR would pass elections legislation without participation of any party, referring to the HCS and added that they support “the Libyan Army” and no part would be excluded except through the constitution and laws.

The unilateral legislation process of the HoR has been casting doubt on the possibility to hold elections in Libya on time and has signaled some truth about the accusations of Saleh and some MPs that they have been derailing elections by delaying the passing of elections legislations.

International Relations and CooperationLegislationPolitical Transition
All
2021-08-15
asaeid
Previous Libya’s 5+5 JMC urges freezing of military agreements, departure of mercenaries
Next Libya calls on military body not to interfere in political affairs