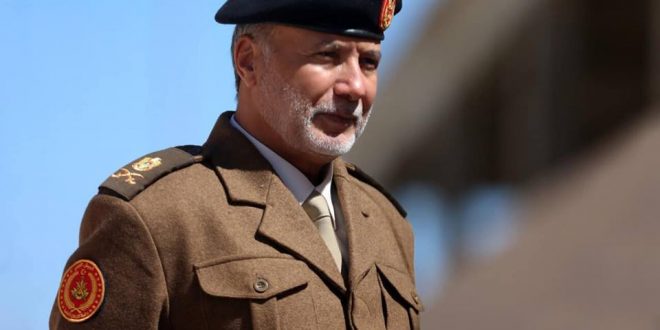 The Libyan army will not withdraw from the military agreement signed between Turkey and Libya despite the demands of the 5+5 joint military committee, a Libyan commander has said.

The commander of Western Military Zone’s Joint Operations Room, Major General Osama Juwaili stated on social media that “agreements with Turkey were requested by the legitimate GNA [Government of National Accord] to help repel the offensive on Tripoli, while Russia and other countries that have troops on the ground in Libya have no legitimate agreements with the government.”

The 5+5 joint military committee, officially named as the 5+5 Joint Military Commission, is made up of five senior military officers from the Libyan government and five chosen by renegade General Khalifa Haftar who head the Libyan National Army (LNA).

Last May, Turkey’s Minister of Defense Hulusi Akar and the head of the Turkish General Staff, Yasar Guler, visited Tripoli and were welcomed by interim Government of National Unity Army General Staff, Mohamed Al-Haddad, along with Abdulbasit Marwan and Osama Juwaili.

On 23 October last year, the United Nations announced a permanent ceasefire agreement had been signed between Libya’s warring rivals during a meeting of the 5+5 Joint Military Commission in Geneva, Switzerland.

Last February, Libya’s rival political groups agreed, during UN-mediated talks in Geneva, to form an interim government to lead the country to elections on 24 December 2021.

International Relations and CooperationSecurity ForcesSecurity Situation
All
2021-08-19
asaeid
Previous Lavrov: Foreign Troops Withdrawal From Libya Should Be Synchronised and Implemented Step-By-Step
Next Training for 200 former militias in Misrata and Zintan with grant of up to LD 10,000 launched