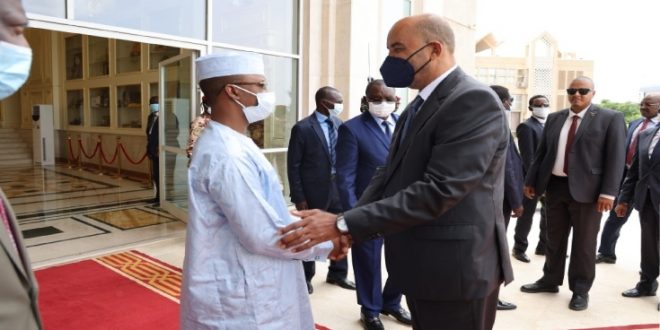 The Commander of the Chadian Military Council Mohammed Idriss Deby proposed to relaunch the quadruple agreement: Libya, Chad, Sudan and Niger, that was signed in 2018 to form a multinational force on the borders with Libya.

Agence France-Presse (AFP) reported Deby as saying when meeting the Deputy Head of the Libyan Presidential Council Mossa Al-Koni that Chad agrees to relaunch the agreement, adding that Chad is committed to helping Libyans but wishes to avoid any instability to neighboring countries by mercenaries and armed gangs in southern Libya.

He also said disarmament and armed groups’ reintegration should be linked to the ongoing positive momentum in Libya, even through a comprehensive national dialogue.