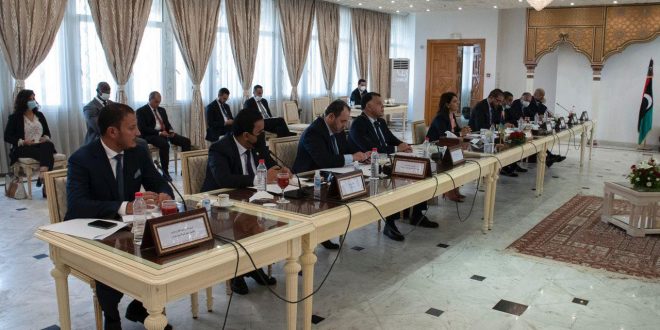 The spokesman for the Libyan Government of National Unity, Mohammed Hammouda, said Thursday border closure with Tunisia was agreed upon for health reasons only, adding that discussion between a Libyan ministerial delegation, which included the Foreign and Interior Ministers, and a Tunisia delegation in Tunis reiterated solid bilateral relations between the two countries.

Hammouda said the two delegations talked about the health protocol of the scientific committee in Tunisia as well as the possible reopening of borders and resuming of flights between the two countries, saying the scientific committees of the two countries would continue to communicate for taking lighter measures and decrease the cost and timeline of the health protocol.

He also said the meeting saw a dismissal of the news about terrorists’ infiltration to Tunisia from Libya, saying such news aims to spoil bilateral relations.