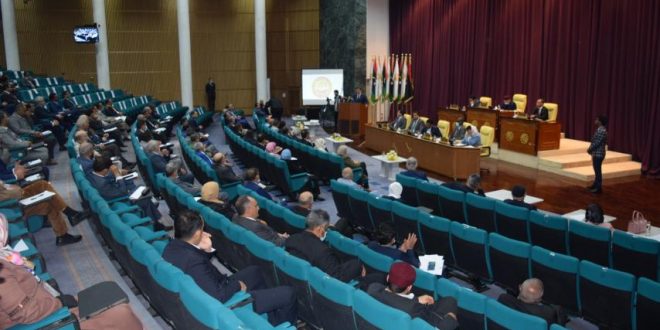 The spokesman for the Libyan House of Representatives (HoR) Abdullah Blehiq has confirmed that the postponement of questioning of the Government of National Unity and proceeding of the session to discuss parliamentary elections’ legislations ahead of the scheduled deadline of December 24.

Blehiq said the postponement was decided after an official request by the Government of National Unity, which asked for details of the questioning so the ministers can prepare their responses professionally.

The Libyan Prime Minister already left for Jordan on Sunday and met with King Abdullah II to discuss bilateral relations.

The HoR summoned the government for questioning after a complaint by several east-based MPs – loyal to Haftar – and threatened to withdraw confidence in it if it didn’t show up on Monday.