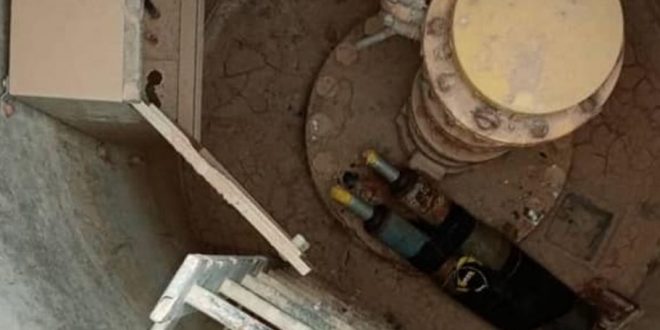 The Man-Made River Authority (MMR) reported yesterday that on Sunday inspection patrols by the newly created (western and eastern) joint force to ensure the safety of the components of the MMR, an explosive device was found ready to detonate in one of the air valve shafts located south of Shwerif in the Al-Hasawna field.

The MMR strongly condemned such actions targeting the components of its project and threatening national water security, which have been repeated several times in the past, the last of which was the bombing of station 353 located on the eastern path of the system.

The MMR saluted the joint force for protecting its infrastructure and for its efforts to preserve the elixir of life (water).