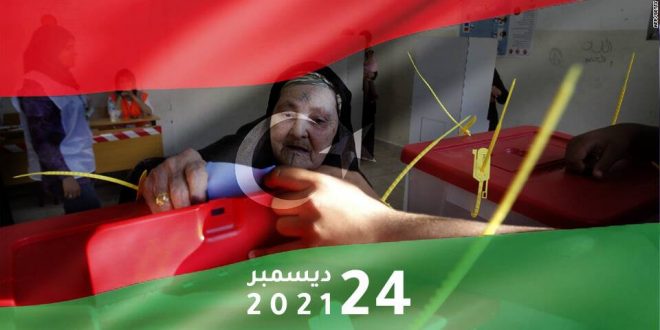 The Amazigh community in Libya announced yesterday that it is willing to participate in the parliamentary and presidential elections scheduled to be held later this year. The announcement was made during a meeting in Tripoli between an Amazigh delegation and the head of the Presidential Council, Mohamed Al-Menfi.

The Amazigh representatives included the head of the Supreme Council of Libyan Amazigh (SCLA), Hadi Bergig; the Chairman of the Ibadi Supreme Council, Muhammad Al-Azabi; and the mayors of Kappa and Yafran, Mourad Makhlouf and Hussein Kafu respectively.

“The delegation affirmed its support for the Presidential Council, in all steps taken to unify state institutions and achieve the national reconciliation project, and expressed its desire to participate actively in the upcoming elections,” said officials. Moreover, the delegation called on Al-Menfi to visit the Amazigh regions. “This would be a step to realise the right of citizenship and support the country’s unity.”

The Presidential Council has, since March, been working alongside the Government of National Unity to prepare Libya for parliamentary and presidential elections on 24 December. In response to the delegation’s statement, Al-Menfi welcomed “the sincere desire of Libya’s Amazigh to participate in projects and programmes that aim to achieve stability.” He stressed that he treats all Libyans in all regions exactly the same.

In 2014, the Constituent Assembly election witnessed a limited participation by the Amazigh, who were granted two out of 60 seats. The community is represented politically by the SCLA, which was elected on 30 August 2015, in the main Amazigh areas of the country.

According to unofficial data, around ten per cent of all Libyan citizens are Amazigh. However, no accurate figures are available.