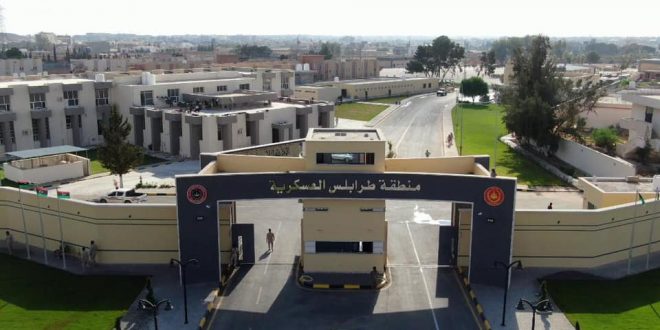 Several sources confirmed hearing gunfire and what sounded like explosions emanating from the the vicinity of the headquarters of the so-called Tripoli Military Zone in the Al-Tikbali barracks.

The clashes were believed to be between the 444th Brigade Fighting Force affiliated with Abdul Basit Marwan and led by Mahmoud Hamza of the Defence Ministry and the Stability Support Agency led by Abdul Ghani al-Kikli, Ghnewa, affiliated with to the Interior Ministry.

Video footage on social media purports to show members of the Stability Force militia under arrest (kidnapped) by the 444th Brigade Fighting Force. They claim to have ‘‘arrested’’ over 30 members.

There are two narratives for the cause of the clashes. One being the confiscation of a vehicle belonging to one group by the other, while the other says that Stability Force wanted to take over the Tikbali barracks from the 444th Brigade Fighting Force while it was out of barracks on operations.

The 444th has been at the forefront of the government’s ‘‘imposition of the rule of law’’ security plan. And it has had much success spreading across a large geographic expanse in the western region.

It has conducted numerous operations against criminals, smugglers and even other rogue members/groups of state recognized militias.

They have been active in finding and returning stolen cars to their owners. Recently they had arrested outlaws charged with causing damage to the Man-Made River infrastructure. They have also sought out those wanted by the Public Prosecutor’s Office.

As usual, there has been an official silence from the government about its recognized militias clashing.

It is not the first report of militias clashing in recent weeks in Tripoli, but this clash seems to have been a more serious affair.