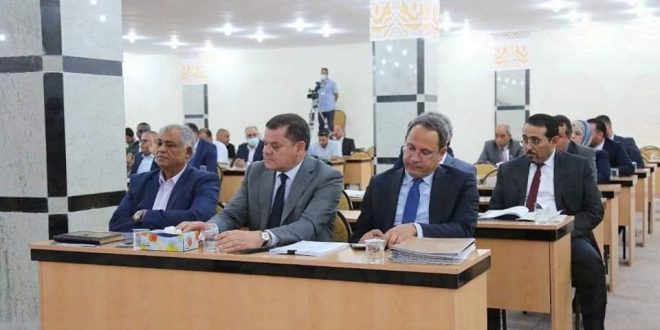 The Libyan House of Representatives (HoR) has finally convened a questioning session of the Government of National Unity (GNU) in Tobruk in the presence of the Prime Minister Abdul-Hamid Dbeibah and a number of Ministers.

The session took place on Wednesday morning after it was suspended on Tuesday over claims by the HoR Speaker Aqila Saleh that the government officials arrived late.

The session included lots of questions on the performance of the GNU since receiving a vote of confidence last March, yet it also contained a number of verbal and physical fights just like previous sessions at the HoR.

The Prime Minister said he respects state institutions, especially the HoR which is the supreme power in Libya, however; he accused the HoR of delaying development projects by not approving the budget up until now, complaining about the way the HoR suspended Tuesday session and said the late arrival was caused by the lines of protesters who blocked the entrance to the HoR headquarters.

Dbeibah said the GNU needs the budget because cities are in need of reconstruction, infrastructure projects such as hospitals, roads and electricity.