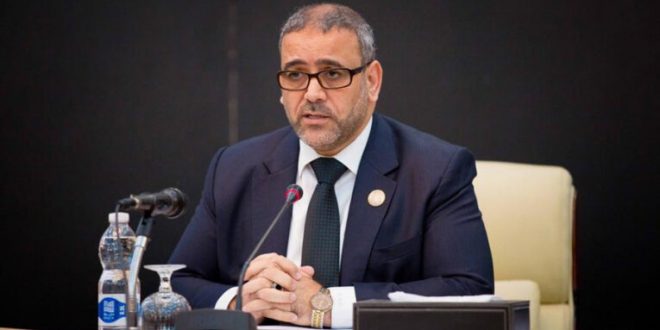 Chairman of the Libyan High Council of State Khaled Al-Mishri said yesterday that only the elected authorities can decide how long foreign troops remain in the country.

The media office of Libya’s High Council said in a statement that Al-Mishri met with Turkish Foreign Minister Mevlut Cavusoglu in the Turkish capital, Ankara, and discussed bilateral relations as well as issues that concern both countries.

The officials discussed the presence of mercenaries in Libya and the need to remove them as soon as possible.

“During their meeting, the two officials stressed their keenness to hold the Libyan elections slated for December 24, on sound legal bases based on the constitutional declaration, and the need to remove all obstacles from that path, ensure their integrity, and punish those who obstruct them,” the statement added.

Turkey sent troops to Libya in early 2020 to help the internationally recognised Government of National Accord (GNA) in its battle against renegade General Khalifa Haftar who is backed by the UAE, Russia and Egypt. It maintains that its forces can remain in the country because they are there at the request of the government.

The GNA was replaced by the High Council early this year after a United Nations dialogue process which aimed to unify the country. Its main objective is to hold free elections by the end of the year.