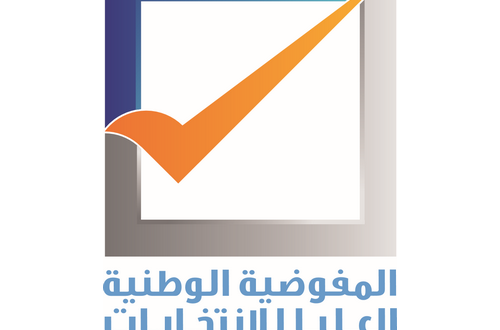 Libya’s High National Elections Commission (HNEC) confirmed yesterday that it has officially received from parliament, the House of Representatives (HoR), the election law for the head of state.

It stated that it had received Law No. 1 of 2021 which contains 77 articles clarifying the powers of the head of state and the conditions and procedures for candidacy and voting.

The statement by HNEC also follows a joint statement yesterday by the Embassies of France, Germany, Italy, the United Kingdom and the United States in Libya urging inclusive, free and fair Libyan parliamentary and presidential elections on 24 December 2021.

The statement said the transfer by the HoR of the election law for the head of state represents a significant step towards the holding of elections on 24 December 2021.

‘‘Steps have been announced by the House of Representatives towards this goal, as rules for the presidential election were made public by the Speaker on 8 September, 2021, and progress has been made by HNEC on the preparations for holding the national presidential and parliamentary elections. Together, these represent significant steps towards the holding of elections on 24 December 2021.’’, the five states said.

It must be kept in mind that the publication of the head of state election law and its official transfer to HNEC and UNSMIL, is controversial on two levels.

First, it was expected that the law would return from the HoR Legal and Constitutional Committee to the floor of the House for a final vote. Already, HoR members have objected to Ageela Saleh bypassing them on the House floor and issuing the law unilaterally.

There is talk of challenging the move at the courts.

Saleh and the HoR bypass HSC

On the second level, the High State Council (HSC) has already objected to the HoR passing the presidential election law in violation of the 2015 Skhirat Libyan Political Agreement (LPA).

The HSC believes that the LPA is still paramount and objects to the 24 December elections being held without the holding of a referendum on the current controversial draft constitution.

Another reading of the LPDF’s Roadmap?

However, there is another reading of the Libyan situation which holds that the Libyan Political Dialogue Forum’s (LPDF) Roadmap, which gave birth to the new Government of National Unity and Presidency Council, has prominence over the LPA and that the Roadmap makes no specific reference to the HSC or consulting it on election laws.

Many HoR members, including obviously Ageela Saleh, hold this view and see the drafting of laws as the exclusive concern of the HoR. The HSC disagrees with this reading.

In other mature democracies, this matter would be decided by the constitutional court interpreting the standing written/unwritten constitution.

In Libya, the constitutional court seldomly intervenes in what it sees as political matters and in fear of being the subject of attacks due to insecurity.

UNSMIL urges the HoR and the HCS to act in goodwill towards these objectives and to coordinate in line with the relevant provisions of the LPA.’’

The statement came after UNSMIL had participated in the HoR’s July law drafting Rome meeting as a technical advisor.

Electoral ProcessLegislation
All
2021-09-13
asaeid
Previous Landmine explosion causes serious injuries to eight members of the same family
Next Haftar to fly to the US with family, pretending it’s a Libyan official visit