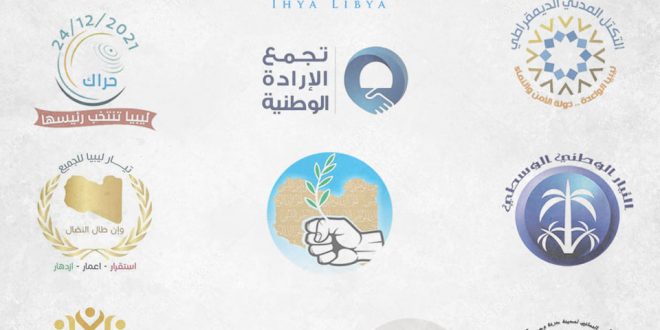 Letter by the Coordination of the Libyan National Parties and Movements to the House of Representatives and the High National Elections Commission.

Honorable Head and Members of the Libyan House of Representatives, Esquires

H.E. Chairman and Members of the Board of Directors of the High National Elections Commission, Esquires.

We, the Libyan political parties, movements, and organizations, signatories to this letter, wholeheartedly renew our welcome to the issuance of Law No (1) of 2021, promulgated by the Libyan Parliament, regarding the Election of the President of the Libyan State and Determining his Competences.

We, hereby, affirm the broad pan-Libya acceptance of our people and their welcome for this achievement, and their adherence to the necessity of holding simultaneous direct Presidential and Parliamentary elections on their specified date in accordance with the Roadmap approved by the Libyan Political Dialogue Forum, and included in the United Nations Security Council Resolution No. (2570) of 2021.

We also welcome the broad international support for this important electoral entitlement, and affirm that everyone has completely ignored some desperate attempts by few limited voices to derail it.

In this context, we call on you, as the elected House of Representatives, which is the competent legislative authority in Libya, to expedite the issuance of the law pertaining to the election of the new legislative authority, taking into account the avoidance of the previous negatives and the adoption of party lists instead of political entities, so that the seat is for the party and not the individual.

We commend the efforts made by the Chairman and members of the Board of Directors of the High National Elections Commission (HNEC), and its national positions at this critical juncture, and we call on the HNEC to exert further efforts to implement this national entitlement for the benefit of our people by holding direct and simultaneous Presidential and Parliamentary elections on December 24, 2021, with integrity, impartiality and professionalism. Furthermore, we call on the HNEC to disregard the few obstructing voices and assure it of the unprecedented and unlimited broad popular support.

God Bless You All

May God Save Libya