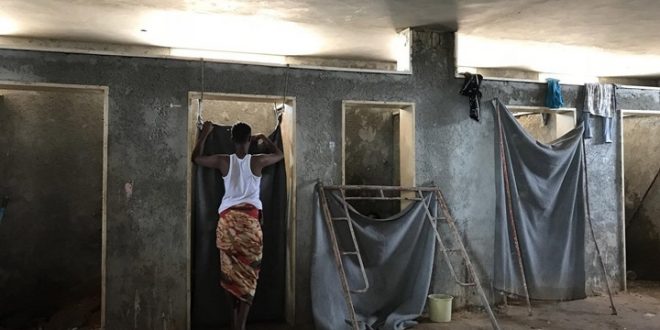 Libyan authorities have been accused by a European human rights monitor of holding hundreds of Moroccan migrants in inhumane conditions without legal justification for months.

The Euro-Mediterranean Human Rights Monitor (Euro-Med Monitor) said in a statement on Tuesday that authorities at Libyan prisons and detention centres were failing to provide hundreds of Moroccan detainees with adequate healthcare, food, or clean drinking water.

The rights group said unhealthy environments coupled with close quarters meant infectious diseases were spreading rapidly among detainees – something it claimed was evident at Libya’s al-Daraj detention centre where many had contracted Covid-19.

Migrants are known to travel by land to Libya where they plan to begin their journey across the Mediterranean sea towards Italy.

Some are detained by the border guards as they enter the country while others by the Libyan Coast Guard forces as they try to migrate to Italy.

According to the International Organisation for Migration, at least 1,146 people died at sea while trying to reach Europe during the first half of 2021.

Al-Aweni Muhammad spoke to Euro-Med Monitor about his son Mustafa, 23, who was detained in April at a Libyan border guards checkpoint.

“He called us to inform us that he was being held in the Al-Daraj detention center along with many other Moroccan migrants. He described the conditions as very difficult in terms of lack of food, water, and hygiene, as well as the outbreak of the coronavirus among the detainees,” Muhammed said.

In its statement, Euro-Med Monitor demanded that the Libyan government release all Moroccan migrants who are in their custody and “provide health care to those in dire need, especially Covid-19 patients”.

“The Libyan government is obligated in accordance with relevant international conventions and norms to treat these detainees with dignity, provide them with adequate shelter, and enable them to obtain their basic rights,” said Youssef Salam, legal researcher at Euro-Med Monitor.

The rights group added that Morocco should “cooperate actively with the Libyan authorities to end the suffering of hundreds of families who are always worried about the fate of their children.”