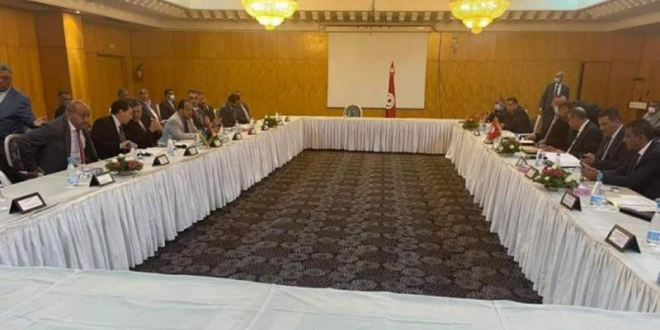 Ministers of Health and Interior as well as several security officials of Libya and Tunisia discussed Wednesday final arrangements for opening border crossings between the two countries for both travelers and traders, according to Hokoometna media platform.

The Libyan Interior Minister Khalid Mazen and Health Minister Ali Al-Zanati arrived in Djerba Wednesday morning and met with their Tunisian counterparts to resolve the closure of borders that has been ongoing since mid-July this year along with the suspension of flights between the two countries over Coronavirus precautionary measures from both sides.