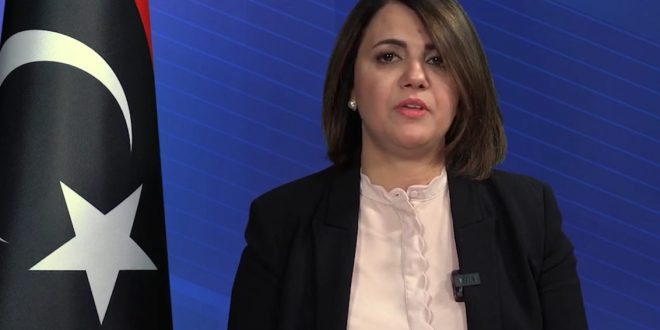 Al-Sour’s criticism was prompted by the dismissal of numerous ambassadors, including that of Libya’s ambassador to the US Wafa Bughaighis last month.

“The Foreign Minister must not take advantage of her powers, infringe on the presidential council’s mandate, ignore its decision or cause disruption of Libyan diplomacy at this sensitive stage”.

Mangoush has claimed that suspending the ambassadors’ employment was in accordance with Article 174 of the Labour Relations Law.

The former lawyer and human rights activist was appointed foreign minister by the country’s interim Prime Minister Abdelhamid Dbeibah in March after the PM faced backlash for failing to give 30 percent of ministerial posts to women.

Mangoush was part of the transitional council that briefly governed Libya after its 2011 uprising, and her appointment was seen as a hopeful moment of gender inclusivity in Libya.

“Libya is at a crossroads where positive or negative outcomes are equally possible,” said Jan Kubis, Special Representative of the Secretary-General and Head of the UN Support Mission in Libya.

“With the elections, there is an opportunity for Libya to move gradually and convincingly into a more stable, representative civilian track.”