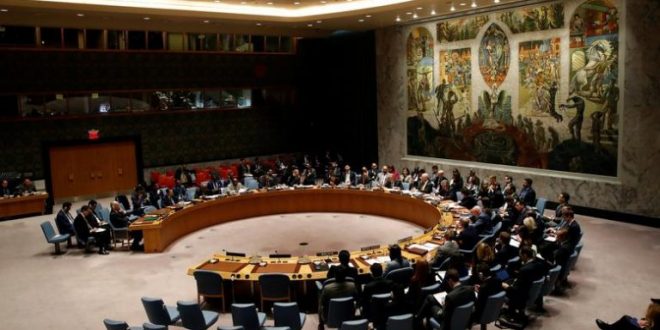 The UN Security Council has unanimously agreed to extend the UN Support Mission in Libya (UNSMIL) until the end of the month, buying council members time to negotiate a longer-term solution to the presence of foreign forces and mercenaries in the country – a debate sparked by Russia.

“The situation in Libya continues to constitute a threat to international peace and security,” the Security Council said in its resolution of UNSMIL 15-day mandate extension.

During the meeting on Wednesday, both the US and Russia voiced support for December elections in Libya and expressed their will to see them carried out peacefully and fairly, but the two powers clashed over how to handle the presence of foreign forces in Libya.

Russia has said any withdrawal of foreign forces must not upset the balance of power between Khalifa Haftar’s east-based forces and the western region’s forces: mainly under the legitimate Government of National Unity.

In Wednesday’s meeting, the US expressed regret over the Security Council’s failure to reach a lasting agreement on the presence of foreign mercenaries in Libya, and reiterated the Biden administration’s support for the UN’s role in facilitating free and fair elections.

“UNSMIL has a vitally important role in helping Libya achieve peace and stability, including by supporting preparations for national elections and the implementation of the ceasefire,” said the US representative at the Security Council.

Meanwhile, the Russian Security Council representative said: “Our main aim now is to help the Libyan people to stick to the established timetable for the 24th of December parliamentary and presidential elections, and all of our efforts should be aimed to that end. We hope that this is the goal that is shared by all members of the Security Council.”

There has also been debate among council members over the structure of the UN presence in Libya, with the US pushing for a UN representative to be permanently based in Tripoli.

The Head of UNSMIL, Jan Kubis, is currently based in Geneva, but the US argues that since the country has achieved peace, he should be moved to Libya to facilitate greater engagement with actors on the ground.