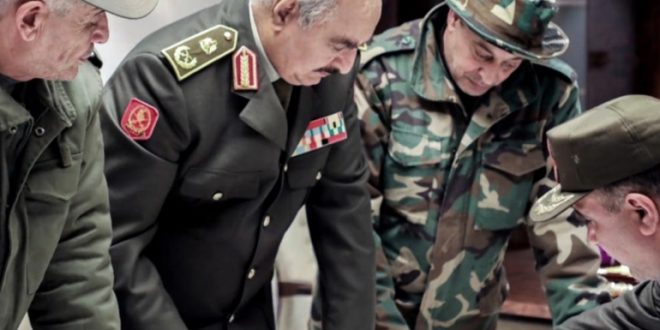 Army leader Khalifa Haftar has launched an operation against Chadian fighters in southern Libya, which could destabilise the wider Sahel region just weeks before Libya’s elections in December.

Forces loyal to a powerful Libyan commander said Thursday that they are battling former allies, Chadian rebels, who sought refuge in southern Libya as they fight the government in Chad’s capital.

The self-styled Libyan army led by commander Khalifa Haftar said it launched an operation against the Chadian fighters in the Libyan towns of Tamsah and Tarbo, on the border with Chad.

The clashes, which flared up earlier this week, could further destabilise the wider Sahel region, months after Chadian President Idriss Deby Itno — who ruled Chad for more than 30 years and became an important ally to Western nations in the fight against Islamic extremism in Africa — was killed under murky circumstances.

The Chadian government blames the rebels for his killing.

Haftar’s forces, which control eastern and most of southern Libya, said they launched airstrikes on the rebels’ positions and sent reinforcement to the border area.

The Chadian rebels — the Front for Change and Concord in Chad, also known by the French acronym FACT — reportedly have 1,000 to 1,500 fighters in their ranks.

In April they clashed with Chadian forces north of N’Djamena, leading to the killing of Deby.

It was not clear what caused the fighting, but the rebels claimed that Haftar’s forces, in cooperation with France, aim to capture or kill their leader Mahamat Mahdi Ali who is currently in Libya. They provided no evidence for that claim.

Haftar’s forces and the Chadian rebels were allies in his failed attempt to capture the Libyan capital of Tripoli from an UN-supported government there.

That campaign lasted 14 months and ended with a cease-fire in 2020, leading to an interim government that is supposed to take Libya into national elections in December.

A UN experts’ report earlier this year said Hifter’s forces used the Chadian rebels to protect oil facilities during his 2019 attack on Tripoli.

Libya has been in turmoil since 2011, when a civil war toppled long-time dictator Muhammad al-Gaddafi

who was later killed. The country has for years split between rival administrations in the east and the west, each backed by armed groups.