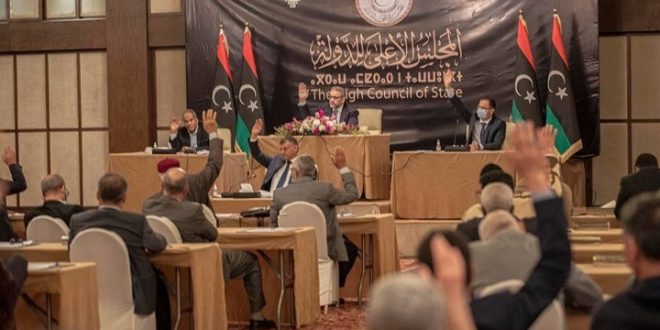 Head of Libya’s High Council of State, Khalid Al-Mishri, said Tuesday that the government will continue its work until the country’s elections are slated for Dec. 24.

Bourita, for his part, said it is important to maintain the stability of all Libyan institutions.

The Moroccan minister stressed his country’s support for the stability of Libya’s executive institutions, the Presidential Council, the government, the parliament, and the High Council of State.

Parliamentary spokesman Abdullah Belhaiq said the assembly decided to withdraw confidence from the government by a majority of 89 out of 113 lawmakers who attended today’s session.

The High Council of State, for its part, decried the move as “void” for violating the constitutional declaration and the political agreement in the country.

Tension has risen between the Libyan parliament, the High Council of State, and the unity government over electoral powers and laws.

Tuesday’s move by the parliament threatens plans to hold the country’s parliamentary and presidential elections on Dec 24.