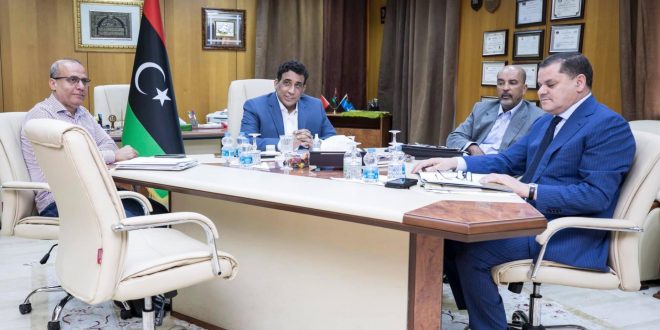 In a statement, the Presidential Council called on Libya’s “legislative authorities to assume its national and legal responsibility to achieve the required legislations needed for the electoral process (scheduled for December 24).”

On Tuesday, the Tobruk-based parliament, headed by Aguila Saleh, made a no-confidence vote on Prime Minister Abdul Hamid Dbeibeh’s government.

The statement called on Libyan parties not to take any escalating steps to ensure a positive atmosphere for the elections process.

The Libyan government and the High Council of State considered the Tobruk-based vote invalid as it contradicts the country’s political process mediated by the UN.

The UN Support Mission in Libya also expressed concern over Tuesday’s development but also stressed that Dbeibeh’s government “remains the legitimate government up until it is replaced by another government through a regular process, following the elections.”