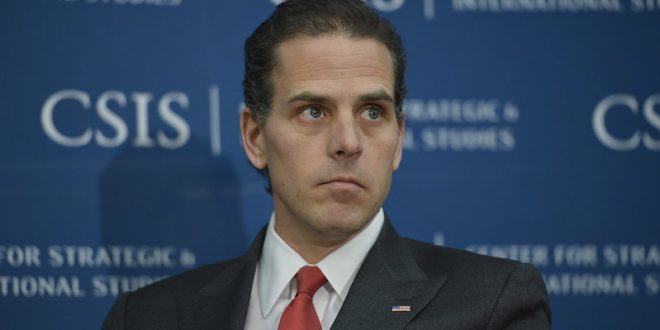 The newly revealed emails are reportedly unrelated to those on Hunter Biden’s purported laptop found at a repair shop in Delaware in 2019 and which indicated that Joe Biden was apparently engaged in his son’s business dealings overseas during his tenure as US vice president.

Between 2015 and 2016, Hunter Biden asked for a $2 million annual retainer plus “success fees” to help two Democratic donors unfreeze Libyan assets during the Obama administration, according to new emails obtained by Business Insider. The White House has not yet commented on the matter.

The news outlet reported that the first email, which dates back to 28 January 2015, was sent by donor Sam Jauhari to another donor, Sheikh Mohammed al-Rahbani. The document underscores Hunter Biden’s role as chairman of the UN World Food Programme, and his relationship with then-Secretary of State John Kerry and his then-vice president father.

“Since he [Hunter Biden] travels with dad he is connected everywhere in Europe and Asia where M.Q. [Muammar Qaddafi] and LIA [Libya Investment Authority] had money frozen”, the email reportedly said.

At the same time, Jauhari made it clear in the email he was concerned that Joe Biden’s son might pose problems in their efforts to unfreeze Libyan assets.

“His negatives are that he is [an] alcoholic, drug addict – kicked [out] of US Army for cocaine, chasing low class hookers, constantly needs money-liquidity problems and many more headaches”, Jauhari argued.

The second email dated 26 February 2016 purportedly focuses on Hunter Biden’s role in a Libyan project mentioned by John Sandweg, a lawyer who served as Obama’s acting director of the Immigration and Customs Enforcement agency at the time.

“I spoke with HB [Hunter Biden]’s team yesterday. They are interested in the project, but emphasised that for them to get involved, the team (lobbyists, lawyers, and PR) would need to be a small group of folks they have a tight relationship with. They do not want a large group involved and they only want people with whom they have a close relationship with due to the sensitivities surrounding their involvement”, Sandweg reportedly wrote.

Business Insider underlined that the emails were “not connected” to those found on a laptop purportedly belonging to Hunter Biden that he ostensibly took to an IT store in 2019 to get repaired, but never returned to collect.

The laptop, which was eventually dubbed the “laptop from hell” by the media, contained numerous photos apparently taken by the younger Biden himself, as well as a trove of documents, which questioned claims by Joe Biden that he never used his former office of vice president to help his son in his foreign business dealings.

The documents, uncovered by the NY Post, suggested that the younger Biden arranged a meeting between one of the members of the Ukrainian gas company Burisma, probed for corruption in the past, and his father, who served as the US vice president at the time.

The laptop’s hard drive also purportedly contained information about murky business dealings between Hunter Biden and Chinese companies, including firms potentially affiliated with the Chinese Communist Party. Joe Biden has repeatedly denied all the allegations of misconduct either by him or his son.

Budget and FinanceInternational Relations and Cooperation
All
2021-09-24
asaeid
Previous Libya presidency council head plans to hold October conference
Next Who Blessed the Vlads Down in Africa? Russia’s Wagner Group has its eyes on Mali. It fits a pattern of Russian interference in Africa. 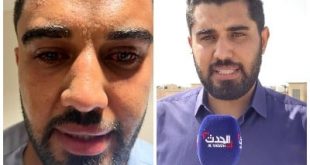 The correspondent of the Saudi Arabia-run TV channel Al-Arabiya, Muhammad Masoud, was assaulted and beaten …