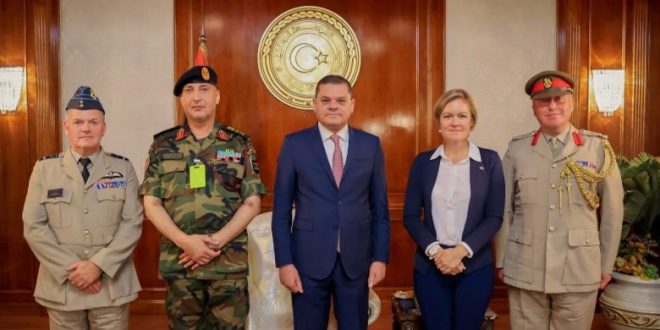 The Libyan Prime Minister and Defense Minister Abdul-Hamid Dbeibah discussed with the British Defence Senior Advisor to the Middle East, Martin Sampson, in the presence of the British ambassador to Libya and the Libyan Chief of General Staff, Mohammed Haddad.

The media office of the Government of National Unity’s Prime Minister said the meeting discussed support for the 5+5 Joint Military Commission and the withdrawal of foreign fighters, saying another meeting will be held by September’s end to further discuss the issue.

They also reviewed supporting Libya in rebuilding the military institution and unifying the army.