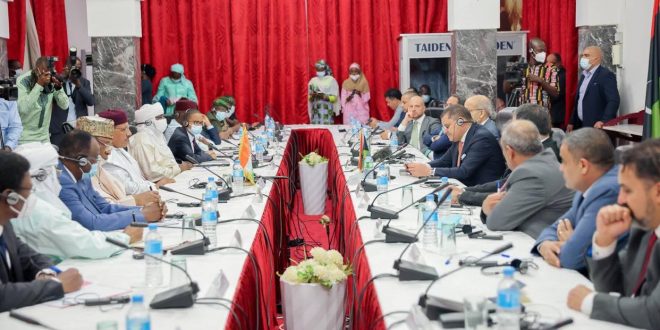 Dbeibah arrived in Niger yesterday and met with Bazoum in the capital Niamey to discuss the issue of irregular migration from northern Niger through southern Libya, a government statement said.

The officials stressed on the need to communicate and work with neighbouring countries to protect their common borders and address this file.

They also discussed strengthening economic relations and investment opportunities and agreed to form the Libyan-Nigerien Higher Committee which will meet soon.

Libya has been beset by violence since the NATO-backed overthrow of dictator Muammar Gaddafi in 2011. This has made it a breeding group for human traffickers who smuggle migrants from Africa to Europe.

Reports from Libya have revealed that the migrants are vulnerable to extortion, violence, and slave-like work conditions, while migrants held in detention centres may experience overcrowding, sexual abuse, forced labour, torture and deprivation of food, sunlight and water.