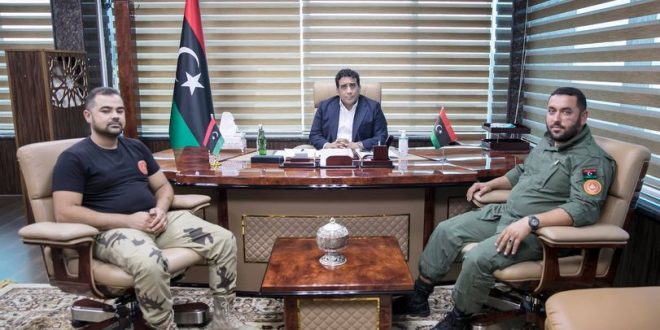 Menfi: MMRA joint force is a major step towards unifying the army

The battalion is part of a combined force from the west and east of Libya entrusted to secure the Man-made River Authority (MMRA).

The PC head media office said the meeting was held to discuss the function of the force and plans to ensure the protection of the whole water system.

Menfi said that establishing a joint force to secure the MMRA was a critical step towards unifying the military institution in Libya.

“It would send a message to international actors that Libyans can overcome their differences and work together to build a unified, stable, and prosperous state,” the media office quoted Menfi as saying.

In late August, Libya’s western and eastern authorities agreed to form a joint force consisting of the 166 Brigade of the Libyan army and the so-called Tariq bin Ziyad Brigade of Haftar’s forces to secure the facilities and water lines of the MMRA.