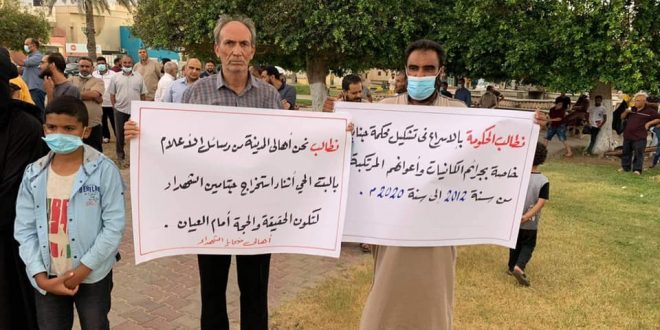 The families and relatives of the mass graves victims in Tarhuna have demanded the establishment of a criminal court for crimes of mass graves, and the crimes carried out by the Al-Kani militia, affiliated with Haftar’s forces in the city of Tarhuna.

This came in a protest on Saturday to denounce what they called the “official silence” on the massacres, some of which are still being discovered daily in their city, calling on the media to cover their case.

It is noteworthy that the discovery of unidentified bodies began directly after Haftar’s militia was defeated from the city of Tarhuna in June of last year and is ongoing to date.