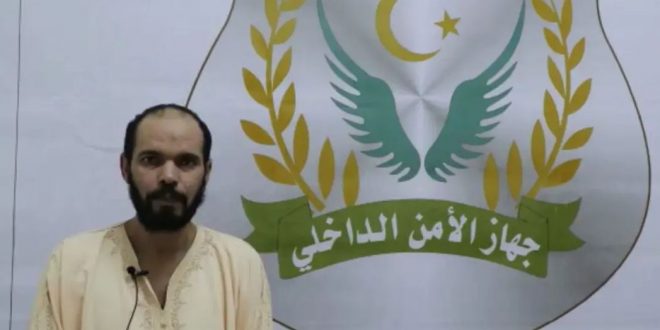 Libya’s Internal Security Service revealed yesterday that it had captured a Tunisian national IS member involved in the 2015 Corinthia hotel terror attack.

The IS member, Omar Bashir Omar Izadeen from Tataouine, made a video confession posted by the Internal Security Service on its Facebook page. He confessed that he and his two brothers were members of IS and that both his brothers had been killed. One was killed during an air raid in Sabrata and the other in a face-off with the Tunisian Army in Ben Gardane.

Izadeen admitted he was responsible for infiltrating the Libyan-Tunisian border smuggling IS members in both directions. This included the smuggling of Idris Abdalgader Al-Amrousi who he said was the person responsible for the Corinthia Hotel terror attack.

In its post accompanying the Izadeen video confession, Libya’s Internal Security Services said ‘‘After more than six years have passed since the terrorist attack represented by the operation that was carried out by the Islamic State (ISIS), which claimed the lives of a number of Libyan martyrs, as well as a number of innocent foreigners of different nationalities, including American, French and Kyrgyzstani, and injuring others.

The security services at that time reached some of the circumstances (surrounding the case), but the Internal Security Service continued to work day and night to find out how the perpetrators entered and gather more evidence and information, and thanks to God, then the members of the agency reached the member of the Islamic State (ISIS) who is charged with bringing in the organization’s elements and facilitating their movement through the Libyan-Tunisian border through smuggling and those who were receiving them inside Libya.

We reaffirm that the members of the Internal Security Service will not rest until Libya is calm and terrorism is uprooted from its sources, and they will not delay in making efforts to protect the homeland and the citizen.’’

Bombing of Corinthia hotel in 2015

It will be recalled that on 27 January 2015 gunmen claiming to belong to Daesh attacked the Corinthia Hotel. The hotel was at the time the unofficial headquarters of the anti-government of Omar Al-Hassi. Al-Hassi had been installed by the 2014 Libya Dawn militia coup as Prime Minister.

A car bomb in the car park was detonated as guests fled though services doors.

At the time of the Corinthia murders a social media site linked to the so-called Islamic State said that it had carried out the attack. It identified the two attackers as a Tunisian and a Sudanese, whose noms de guerres were Abu Ibraheem Al-Tunisi and Abu Sulaiman Al-Sudani. They were supposedly members of “Abu Anas Al-Libi Assault” named after the East African US embassy bombings suspect abducted from his Tripoli home and handed over the US.