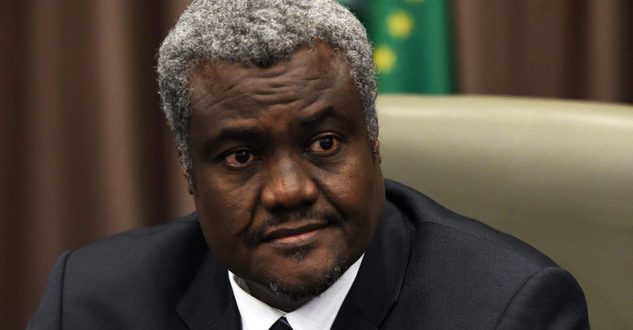 The Chairman of the African Union’s Commission, Moussa Faki, said the continued presence of foreign mercenaries in Libya threatens its territory and its neighboring states.

Faki said online on Saturday, at the semi-annual coordination meeting for the African Union and regional economic groups, that he was concerned about military interventions, and tampering with constitutions and governments in Africa.

Faki said security threats and terrorist attacks are still happening in parts of Africa, such as Libya and Sahel region, which makes it necessarily urgent to have comprehensive regional and continental cooperation.

International Relations and CooperationSecurity ForcesSecurity Situation
All
2021-10-17
asaeid
Previous Security raid in Tripoli frees kidnapped migrants
Next What Does the European Green Deal Mean for Africa?