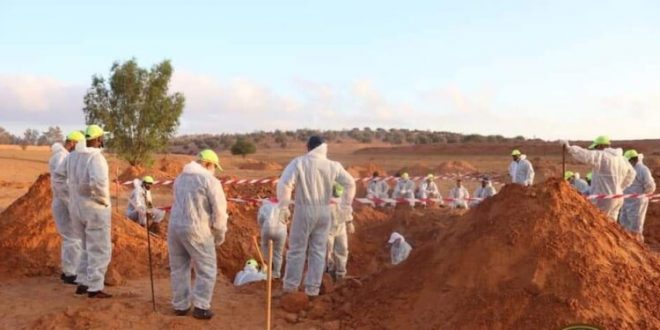 The General Authority for the Search and Identification of Missing Persons announced that a further three unidentified bodies had been recovered from two mass graves in the agricultural project in Tarhuna.

The authority indicated that work is still underway on the remaining reports received by its office regarding further possible, as yet, undiscovered human remains.