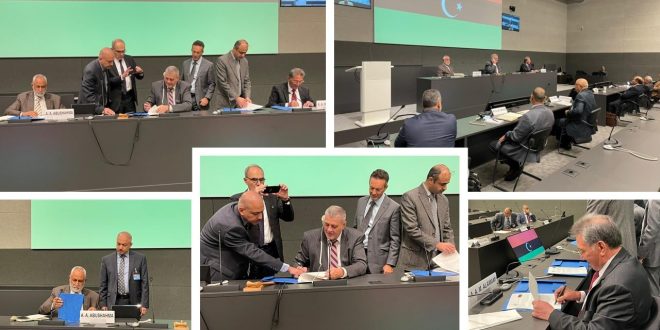 Member of the 5+5 Joint Military Committee (JMC), Mukhtar Al-Nagasa, was quoted by Libyan media as saying today that the first group of international ceasefire monitors arrived in Tripoli today.

The team consists of 60 members to monitor the implementation of the ceasefire agreement in Libya at the request of the JMC.

The observers were unarmed civilians from several countries of the African Union and the European Union, but excluded nationalities of the countries interfering in the Libyan affairs, the reports said.

The reports said Nagasa said there is no truth to the rumours that this team is affiliated with the peacekeeping forces.

He said the first group will work as a team the local monitors to support the ceasefire monitoring mechanism, and this mechanism will be led by the JMC.

The group will, in the first phase, supervise the implementation of the ceasefire agreement, and then monitor the exit of mercenaries and foreign forces from Libyan territory, the reports said.

The 8 October Action Plan for the withdrawal of mercenaries, foreign fighters and foreign forces from Libyan territory

It will be recalled that the 5+5 Joint Military Commission (JMC) signed a comprehensive Action Plan for the withdrawal of mercenaries, foreign fighters and foreign forces from Libyan territory on the 8th of this month. Ceasefire monitors/observers are part of this Action Plan.