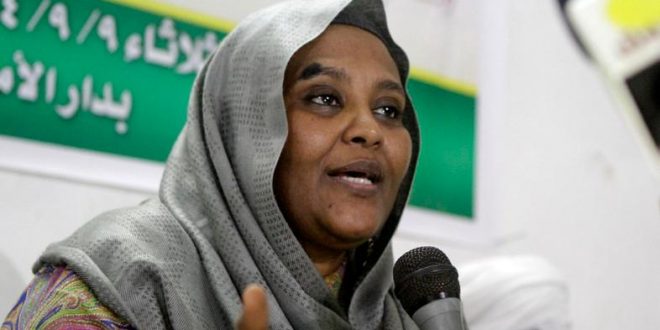 The Sudanese Foreign Minister, Maryam Al-Mahdi, confirmed the presence of Sudanese mercenaries in Libya but said most of them aren’t linked to the government.

Al-Mahdi said Sudanese mercenaries in Libya fall into two categories: the lesser number of them, are part of the movements with which the Sudanese government signed peace agreement in Juba and they are committed to the withdrawal and integration program, while the second is the majority of mercenaries who aren’t linked to the government.

She added that the Sudanese government has a responsibility to ensure that the second category of the mercenaries doesn’t pose threats to Libya and that they leave the country to allow for democracy transition.

“We reached joint security measures with the support of the international community and the neighboring countries. Libya’s 5+5 Joint Military Commission also agreed on an action plan to gather Sudanese mercenaries and agree with Sudanese security apparatuses to return them home without posing threats to Libya or Sudan. We have agreed on a plan in cooperation with the UN to evacuate 1200 Sudanese nationals from Libya before the end of 2021.” Al-Mahdi said.

She added that the Sudanese embassy in Tripoli is now temporarily hosting immigrants and refugees until they are returned to Khartoum on the IOM voluntary flights in coordination with Sudanese authorities.