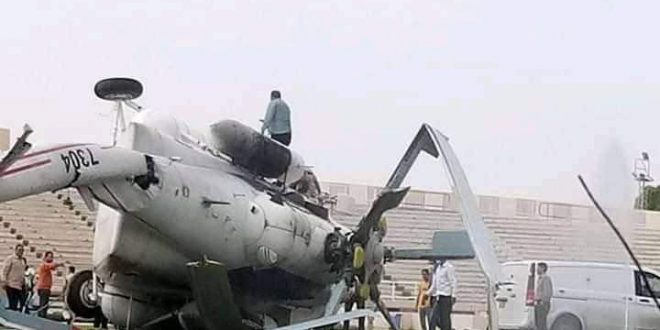 A helicopter carrying cash for Jumhouria Bank in the city of Tarhuna was crashed during landing after losing its balance.

The media center of the bank confirmed that none of the crew members was injured, indicating that the liquidity, which is estimated at 50 million dinars was secured until it reached the branch of the bank.

The Tarhuna Municipal Council stated that the helicopter flipped upside down while landing in the main stadium of the Sports City resulted in some damage to the field, without causing any human damage.