Home / Normal / Why does the Arab League condemn Turkey’s efforts in Libya and stay silent about Israel? 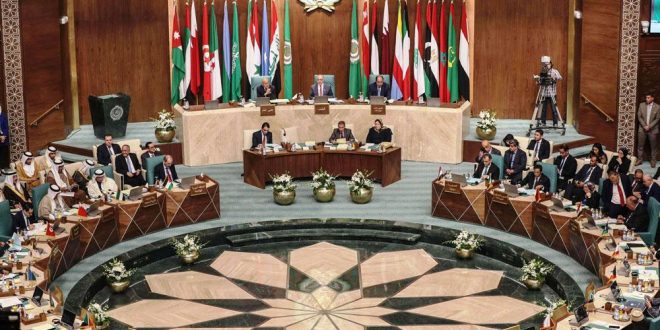 Why does the Arab League condemn Turkey’s efforts in Libya and stay silent about Israel?

Earlier this week, a Libyan private jet landed in Israel’s Ben Gurion airport carrying close aides of Libyan warlord General Khalifa Haftar. The identities of those onboard were not disclosed, but an Israeli journalist revealed that the jet took off from the UAE and that its next destination after Israel was Egypt.

“An executive plane (P4-RMA) used by the men of Libyan General Khalifa Haftar who controls eastern Libya is on its way to Ben Gurion Airport from Dubai,” Itay Blumental, who works for Kan, the Israeli public broadcaster, tweeted. “It will later take off for Egypt,” he added.

In fact, several analysts and investigations found that there is a strong relationship between the putschist general, who controls most of eastern Libya, and Israel, but the former is keen to keep this relationship hidden – in part to please his “Salafi and nationalist supporters”.

It is not strange that there are links between the Libyan general and Israel, many Arab countries and leaders have official or unofficial relationships with the occupation state. What is strange is that Israel is helping Haftar destroy Libya, and the Arab League is happy with this, while it is unhappy with the Turkish relationship with the UN-backed Libyan government based in Tripoli and which is supporting it to protect Libya against Haftar’s advances and to rebuild it.

Since the establishment of the Libyan Government of National Accord (GNA) in 2015, Turkey had stood beside it as part of its commitment to UN resolutions, Ankara said it backs a political process in Libya in line with the UN Security Council.

When Haftar’s forces attacked areas under the GNA’s control in 2019, Turkey answered the government’s calls for help and backed the internationally recognised administration, but others were found to be backing the putschist.

The GNA, before it was dissolved, said that Turkey was providing support in Libya at its request and will continue to do so as long as the country asks for it. Meanwhile, Turkey said it will continue to provide its support in the areas of education, health, humanitarian aid and counseling in Libya in accordance with an agreement signed with the GNA.

“As we always express, our aim is to ensure territorial integrity, sustainable ceasefire, lasting peace and stability in Libya, where we have 500 years of unity, common history, culture, understanding and beliefs,” Anadolu reported Turkish sources saying when the GNA was in power.

Turkey undermined Haftar’s attempt to invade Tripoli and remove the UN-backed GNA, and stopped the attacks on civilians and the destruction of civil infrastructure. However, the Arab League has consistently called for it to leave Libya and stop “interfering” in its internal affairs.

In September, the Arab League condemned Turkey for allegedly interfering in the internal affairs of Arab countries, calling on it to stop acts “threatening the stability and security in the Middle East,” referring to its bilateral agreements with the GNA and its support and protection for it.

Meanwhile, the Arab League remains silent regarding the clearly destructive interference of the Israeli occupation state along with Haftar in Libya. In the summer of 2018, the UAE mediated a secret meeting between Haftar and Israel’s Mossad spy agency during which the latter agreed to supply weapons to the former’s Libyan National Army (LNA), in breach of an arms embargo imposed on Libya by the UN Security Council in 2011.

The Washington Free Beacon revealed in April this year that Israeli intelligence officials met privately with Haftar’s son to discuss his 2021 presidential bid.

Haftar, it said, “was a trusted former military leader under Muammar Qaddafi before defecting and becoming a CIA asset in the 1990s.” It said that “a victory by [Saddam] Haftar [the son of Khalifa Haftar] could lead to closer relations between Israel and Libya.”

In 2015, Haftar, during a visit to Amman, met with Israeli officials and called for them to carry out airstrikes in the Libyan city of Sirte and they did. In return for this, Haftar pledged to sign oil and arms deals with Israel.

Despite all of this, the Arab League remains silent.

Early in 2017, Richard Silverstein said the reason for the silence was simply that Israel is a friend to most of the effective member states of the Arab League – Egypt, the UAE and Jordan.

He reported an Israeli army source saying: “A friend of our friend – and an enemy of our enemy – is our friend, and Haftar is a friend of Egypt, Jordan and UAE.”