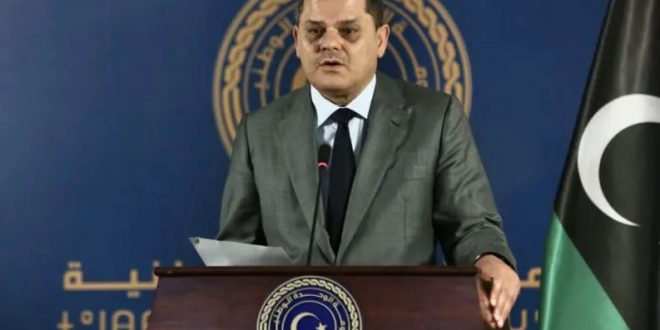 Libya’s Prime Minister said Monday that he will announce his position on running for the presidential elections at the “appropriate moment.”

Speaking to students at the new National Youth Council in the capital Tripoli, Abdul Hamid Dbeibeh, said his decision to run for the country’s top office will be determined by the will of young people, Anadolu Agency reports.

He also rejected electoral laws passed last month by the eastern-based House of Representatives, saying they are meant to suit some people.

Critics say the new election laws would allow warlord, Khalifa Haftar, the putschist retired general who controls the majority of Libya’s east, to seek the presidency.

The self-proclaimed “commander-in-chief of the Libyan National Army” has contributed greatly to the decade-long turmoil in Libya after leading an unsuccessful military offensive, with the support of foreign powers, to topple the internationally recognized Government of National Accord (GNA) in the west.

“We want a fair parliament that serves all Libyans, and a fair election law that Libyans agree on,” Dbeibeh said.

On 16 March, Dbeibeh became the oil-rich country’s premier following a breakthrough in February, in which rival Libyan sides agreed to a new executive authority which also saw Mohammad Menfi chosen as the head of a three-member Presidential Council.

Libya’s presidential and parliamentary elections are set to take place on 24 December under an UN-sponsored agreement reached by Libyan political rivals during meetings last November in Tunisia.

The country’s electoral commission on 8 November opened registration for candidates in next month’s polls, despite ongoing tensions between the parliament, the High Council of State and the unity government over electoral powers and laws.

Applications for presidential candidacy will be accepted until 22 November and until 7 December for parliamentary polls.

Dbeibeh is seen as one of the front-runners for the country’s presidency.