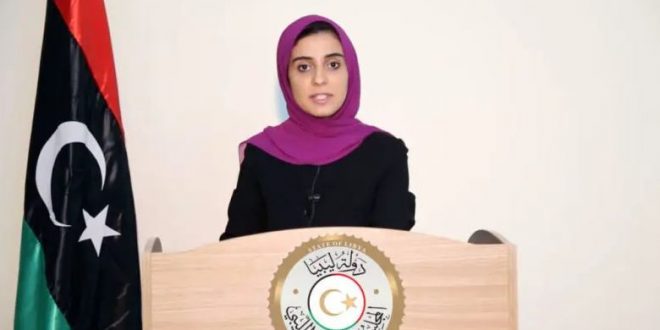 Libya’s Presidential Council stands at the same distance of all parties, official says

The Presidential Council (PC) spokeswoman, Najwa Wahiba has affirmed that the PC encourages the holding of elections on time as scheduled, saying that it stands at the same distance from all parties, adding that the legislative bodies are concerned with dealing with objections and reservations to electoral laws.

Wahiba expressed the hope of the PC that the elections would be held with the greatest possible participation and consensus, and explained that “the more participation, the more democratic the atmosphere and the higher the success rate”, calling on all parties to assume their responsibility and do their work to the fullest.

The PC spokeswoman added to Al-Hurra TV that the PC has not received any initiative to officially postpone the elections, and matters cannot be preempted, as she put it. She made it clear that the electoral process is not only on polling day, but also commitment to and acceptance of the results.

Wahiba also stressed the PC’s support for all those who support the continuation of the political process successfully and its adherence to holding the parliamentary and presidential elections simultaneously, indicating that people’s exit to express their opinions is guaranteed by laws, and it is a positive matter as long as people express their demands peacefully.

She said that the issue of candidacy is subject to the laws and the High National Elections Commission is concerned with examining the eligibility of candidates for the presidency and parliament and the extent to which the criteria are applicable to them.

Regarding the decision to suspend the Minister of Foreign Affairs, Najla Al-Manqoush, Wahiba said that Al-Manqoush met with the PC members and explained many matters to them, and she is continuing her duties after providing these clarifications.