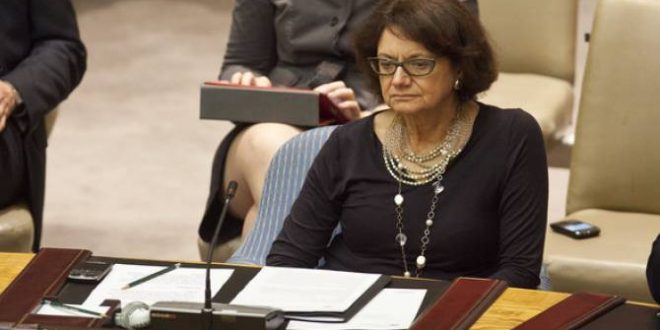 The United States called on the UN Security Council on Tuesday to “impose sanctions” on any “Libyan or non-Libyan person” who undermines the elections scheduled for 24 December, Anadolu has reported.

“We remind those who interfere in Libyan elections or fuel violence that the Security Council may impose sanctions on anyone — Libyan or otherwise — who obstructs or undermines the upcoming elections next month,” said Ambassador Jeffrey DeLaurentis, Deputy US Ambassador to the UN.

“This council should target election spoilers to promote accountability if necessary… The Libyan authorities were clear, during the conference held in Tripoli on 21 October, that they reject foreign interference in Libya, and want to see mercenaries, foreign fighters and foreign forces withdraw from the country.”

During the same Security Council session, the UN’s top diplomat for Libya, Jan Kubis, announced that he is stepping down. Kubis said that he favours splitting the role of special envoy and head of the UN Support Mission in Libya (UNSMIL), into two positions. He suggested that the head of UNSMIL should be based in Tripoli.

“In order to create conditions for this, on 17 November 2021 I tendered my resignation,” he told the council. “In the resignation letter, I also confirmed my readiness to continue as the special envoy for a transitional period to ensure business continuity provided that it is a feasible option.”

Commenting on the resignation, DeLaurentis said Washington looks forward to Secretary-General Antonio Guterres’s nominee. The American official stressed the importance of facilitating a “swift and smooth transition of responsibilities during this critical juncture.”