Home / Normal / Why is Libya’s presidential race so overcrowded? 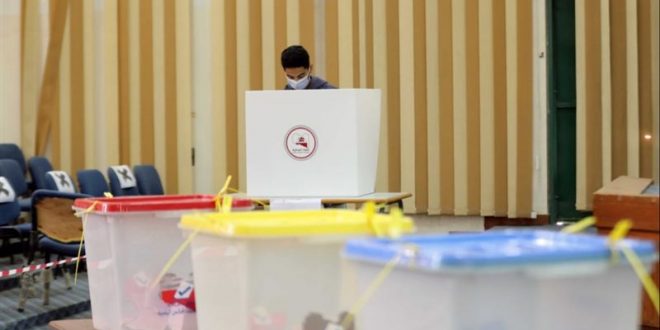 Why is Libya’s presidential race so overcrowded?

It has been announced that 98 individuals, including two women, submitted their applications to contest Libya’s 24 December presidential election. The list included a militia-linked suspect, Libya’s top comedian, former and current parliamentary speakers and prime ministers, a former senior official from the Gaddafi era, a couple of businessmen and, of course, Gaddafi’s son Saif Al-Islam.

However, the list was reduced by yesterday to 73 candidates; the others were disqualified for various reasons. The High National Election Commission (HNEC) explained why it decided to disqualify 25 applicants, including Saif Al-Islam Gaddafi, a former prime minister and the former speaker of Libya’s first elected parliament in the post-Gaddafi era. All disqualified applicants have 12 days in which to appeal.

The HNEC’s reasons ranged from court convictions to having dual citizenship. Libya’s citizenship law bans anyone with two passports from holding public office. Law number 1/2021 governing the presidential election, disqualifies any individual who has been convicted for any crime and received a final verdict.

Field Marshal Khalifa Haftar, parliament speaker Aguila Saleh and current caretaker Prime Minister Abdel Hamid Dbeibeh are among the successful applicants. However, the HNEC said that more people could be disqualified before the final list of candidates is confirmed.

Nevertheless, 73 potential presidential candidates for a country of less than seven million people and not even four million eligible voters is “astonishingly high,” said Zubair Abdelgather, a retired law professor. “However, in the Libyan context it is understandable.” We should remember that this is the first time that the presidency is being contested openly in Libya since its independence in 1951.

It is indeed a historic event, of which many people obviously want to be part, explained one analyst speaking on condition of anonymity. From a psychological point of view, he said, such a step creates a sense of self-satisfaction, even if it isn’t successful for the individual, given the country’s prevailing and frustrating environment.

According to Ali Zawi, a Tripoli-based former prosecutor, two other factors are at play. One is the absence of political party participation in the election. The presidential election law stipulates that individuals, not parties, are allowed to contest the election. The second, said Zawi, is a “self-serving issue” as some candidates will use whatever votes they get as “bargaining chips” for their own benefit. Once the two candidates with the most votes in the first round go into the second round they are likely to “negotiate” with the others for support, for which there will be something given in return. Zawi pointed out that a nominee with reasonable support is likely to “offer his support to one of the finalists” in return for being appointed as an ambassador, for example. No single candidate is expected to emerge victorious from the first round of voting.

Why are there only two women running for president? “The law [law no.1/2021] is disadvantageous to women,” said lawyer Fatima Hussein from Benghazi, “because it does not impose any quota for them.” However, with no parties involved, the lack of a quota makes sense, she added.

Researcher Ahmed Abdusalam thinks that Libyan women “are not yet fully integrated in the emerging political life” in the country. He also believes that it is “difficult for women” to compete, without backing, in a predominantly male-dominated society. He urged women to “fight for their rights.”

Hundreds of women are standing in the legislative election planned to take place after the presidential poll. Parliamentary election law sets a quota of 16 per cent of seats for women.

HNEC Chairman Emad Al-Sayah confirmed on 23 November that 1.7 million voter registration cards, out of a target of 2.7m, have already been distributed. Nobody can vote without such a card. The commission expects to deliver two million, which is a “positive sign,” said Al-Sayah, who praised the HNEC’s work so far, despite what he called a “disinformation campaign” against the body for no reason apart from “our decision to be on the side of the people.”

There has been a barrage of criticism and threats against the HNEC from different sides, particularly after accepting Haftar’s candidacy. Legally speaking, though, the commission must accept any applicant submitting the required documents. It is the business of other state departments to decide if a candidate qualifies to run or not.

Haftar, who attacked Tripoli two years ago but failed to enter the capital, is accused of a range of crimes. There is even an arrest warrant out for him, but as he has not been convicted in any Libyan court the HNEC is obliged to accept his application. Even so, the chairman of the country’s consultative Higher Council of State, Khaled Al-Mashri, went as far as accusing Al-Sayah of “defending Haftar in order for him to run for president.” Al-Mashri called on his supporters to disrupt the polling process peacefully. This “peaceful” disruption could easily spiral into violent episodes in what is still a very chaotic Libya.

Saif Al-Islam Gaddafi, considered by many observers as a likely winner but now disqualified from standing as a candidate, is wanted by the International Criminal Court (ICC) despite being granted amnesty by Libya’s controversial 2015 General Amnesty Law. However, Prof. Abdelgather said that, “The ICC has no bearing on the Libyan judiciary.” Libya is not a member of the international court.

The presidential and parliamentary elections remain uncertain. Further uncertainty has been added by the sudden resignation of the UN envoy to Libya on the eve of the big event; it was the UN mission that got Libya this far in the process. Envoy Jan Kubis agreed to stay in his post until after the elections but warned that “Libya continues to be at a delicate and fragile juncture” with less than a month to go until polling day.

Electoral Process
All
2021-11-25
asaeid
Previous Russia wants to postpone elections ‘after ruling out Gaddafi from the race’
Next 1,600 migrants lost at sea in Mediterranean this year