Home / Normal / Climate migration will worsen the brutality in the Mediterranean 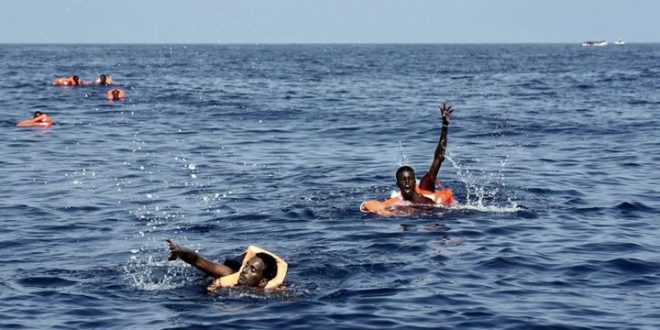 Climate migration will worsen the brutality in the Mediterranean

Trying to make the dangerous journey from Libya to Europe, they had reached international waters when the supply ship rescued them and its captain opted to take them not to a port of safety in Europe, as required by law, but back to a gulag of migrant detention facilities in Libya where the United Nations and others have documented systematic torture, rape, extortion, forced labour and death.

In October this year, the captain of that supply ship, Giuseppe Sotgiu, paid a heavy price for his decision: an Italian judge sentenced him to a year in prison for violating humanitarian law. The painful irony of this conviction is that Sotgiu is headed to jail for what EU officials have been doing on a far grander scale for several years: pushing migrants back to a place of extreme human rights abuses.

Since at least 2017, the European Union, led by Italy, has trained and equipped the Libyan Coast Guard to serve as a proxy maritime force, whose central purpose is to stop migrants from reaching European shores. It is highly effective in this mission thanks to aerial intelligence provided by the EU border agency, Frontex.

Flying drones and aeroplanes over the Mediterranean, Frontex locates migrant rafts, then alerts the Italians, who, in turn, inform the Libyan authorities. Once captured by the Libyan Coast Guard, these migrants are then delivered into a dozen or so detention centres run by militias.

For the EU and for the ship captains working the Mediterranean, the challenge of how best to handle desperate migrants fleeing hardships in their native countries is only going to grow more pronounced. Climate change is expected to displace 216 million people across the globe by 2050. Rising seas, desertification, famine, etc will drive the desperate to places like Europe and the United States, testing the moral character and political imagination of countries better prepared to survive an overheated planet.

And the big players in that global drama, the men and women working commercial ships in the Mediterranean, will find themselves ever more frequently in an impossible bind. Those captains who, unlike Sotgiu, abide by humanitarian law and decide to bring the migrants to Europe also can face dire consequences.

In August 2020, for instance, the crew of a Danish-flagged oil tanker called the Maersk Etienne rescued 27 migrants, including a pregnant woman and a child, at the request of Maltese authorities. Malta then denied the Maersk ship entry to its port to offload the migrants, leading to a long and costly standoff that ended only after the migrants were handed over to a humanitarian NGO.

Italian prosecutors later alleged that Maersk had paid the NGO more than $100,000 to take the migrants in a possible violation of immigration laws. Maersk called the payment a donation meant to help the NGO cover the costs of assisting the migrants.

But many migrants trying to cross the Mediterranean never make it onto merchant ships because they are instead caught by the Libyan Coast Guard. Despite its deadly track record of dealing with migrants and its extensive links with militias, the Libyan Coast Guard, continues to draw strong EU support. For example, in 2020, the EU supplied its fleet with four new speed boats so that it could more effectively capture migrants and send them to the same detention centres that the UN has described as being involved in state-sponsored crimes against humanity.

During a reporting trip to Libya, earlier this year, I caught a glimpse of the horrors that migrants go through in these facilities. Even though the EU routinely denies financing the abuse of migrants in Libya, an investigation by The Outlaw Ocean Project, my non-profit news organisation in Washington, DC, found evidence to the contrary. In fact, funds from the EU and member states, sometimes routed through aid organisations, pay for most of what happens to migrants sent through the brutal detention system in this failed state.

This money bought the shipping containers that double as port offices for the Libyan Coast Guard staff, and the touchscreen tablets used by aid workers who count the migrants as they disembark in Tripoli. It pays for many of the buses used to transport the migrants from the port to the detention centres, and the blankets, winter clothes, and slippers they often receive upon arrival.

The bathrooms at some of the detention centres, as well as the showers, toilets, soap, hygiene kits, toilet paper were bought with EU funds. The same goes for the mattresses where the detained migrants sleep. EU money paid for the 4x4s used by Libyan migration authorities to look for migrants if they escape detention or as they enter Libya in the south through the Saharan desert.

When migrants in detention get sick, often the ambulances that take them to the hospital were bought by the EU. And when migrants die – washing up ashore or in detention – EU money often pays for the body bags and for the training of Libyan personnel on how to handle the corpses in a religiously respectful fashion. Much of this funding is well-intentioned, even life-saving. But it is beyond denial that the EU and its member states financially sustain the system in Libya by which thousands of migrants are being captured and held in ghastly conditions with impunity.

In Tripoli, I investigated the death of one migrant, Aliou Candé from Guinea Bissau, who died in the notorious detention centre Al-Mabani. In September 2019, Candé had set off from his home village of Sintchan Demba Gaira, where climate change had brought longer droughts and unexpected flooding, devastating his crops and leaving his family hungry.

After a months-long journey, he had arrived in Libya, hoping to cross the Mediterranean Sea to Europe. He finally got on a boat in February this year, but the Libyan Coast Guard caught the vessel and transferred the migrants to Al-Mabani.

In April, Candé was killed when guards opened fire on migrants in his cell who had tried to break free. He was buried in an overcrowded migrant cemetery in Tripoli.

I interviewed dozens of migrants who had been imprisoned with Candé at Al-Mabani. They told me of cells so crowded the detainees had to sleep in shifts. They spoke of a special room where migrants were sometimes beaten while hung upside down from ceiling beams. They shared with me the audio message that Candé recorded on a mobile phone secreted into the jail where he made a final plea to his family to send the ransom he needed to be set free.

No one was punished for Candé’s death. EU officials called for an investigation, but then went silent. It all felt like yet another example of the impunity with which Libyan officials deal with some of the world’s most vulnerable people.

And then I got my own taste of Libyan impunity. A week into my reporting on Candé’s killing, I was abducted from my hotel room and held for almost a week by Libya’s intelligence service, linked to a militia called Al-Nawasi Brigade. I was blindfolded, beaten and made to sign a “confession” written in Arabic. My crime? Reporting on migrants.

There is some recent hope that some accountability for the EU and its Libyan partners might be approaching. The conviction of the ship captain in October points to a growing discomfort with the illegality of delivering migrants back to Libya. So, too, do two landmark cases brought this year by migrants against Frontex before the European Court of Justice, the EU’s chief judicial authority. The cases allege Frontex’s agents and officials either ignored evidence of rights abuses perpetrated by EU member states or themselves participated in the illegal turning back of migrants seeking asylum.

Of course, the EU is not alone in trying to outsource the dirty work of containing migration. For the past decade, the US government has sought to reduce the flow of migrants by requiring those coming through Central America to stay in Mexico while applying for resettlement. So-called “remote vetting” also enables US immigration authorities to avoid the quandary of what to do with people whose asylum applications were denied but who come from places that lack deportation agreements.

People who stay in migrant centres in Mexico face inadequate access to food and clean water, extreme temperatures, overcrowding, disease and beatings by guards, according to The Global Detention Project, a human rights NGO based in Geneva.

Countries surely have a right and a duty to manage their borders, but the way the US and the EU are handling migrants is neither effective nor humane. Putting ship captains in the middle of this crisis is hardly the solution. Worse still is outsourcing the problem to failed states like Libya where human rights abuses are a foregone conclusion.