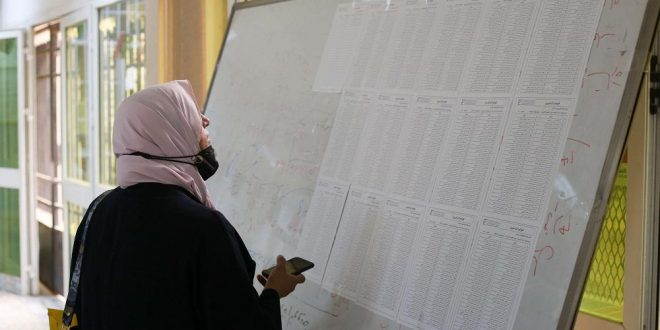 On December 24, Libyans are scheduled to head to the polls for the first round of a presidential election that has been years in the making. The vote comes after decades of dictatorship, civil war, and, more recently, a period of exasperating uncertainty. But for the results to be widely accepted, voters must be able to make an informed decision at the ballot box.

That might not happen. A compressed electoral calendar offers Libyans little time to learn about the more than 70 candidates. The campaign period has been reduced to two weeks, owing to the presence of foreign forces in the country and fears of renewed conflict.

Moreover, the country’s fractured media environment limits the availability of accurate information about the candidates. Without the opportunity for vigorous public debate, the election results will reflect – and possibly exacerbate – the country’s prevailing divisions. Despite most Libyans’ obvious desire for peace and stability, the election could lead to more violence.

Following the end of the second Libyan civil war in October 2020, a peace process brokered by the United Nations produced the country’s eighth transitional government since the overthrow of Muammar el-Qaddafi’s regime in 2011.

One of this government’s primary objectives has been to organise Libya’s first-ever popular vote for president. To support this process, my colleagues and I have spent the better part of the past year planning for the country’s inaugural presidential debates.

For months, we have worked to convince leaders from around the world that this election will succeed only if voters can compare the candidates and their views. The international community has spent millions of dollars over many years in failed attempts to promote Libya’s transition to a more stable, democratic state. Supporting these debates would be a starting point for the international community to establish conditions for a lasting democracy in Libya.

After all, elections alone do not magically bring about democracy. A massive effort is needed to support the country’s dwindling independent press, regulate its hate speech-filled broadcast sphere, and empower Libya’s civil society in convening the constructive conversations the country desperately needs. But our efforts have attracted little attention.

That must change. Libyans have grown disenchanted with politics, which has become broadly associated with corruption. And after decades of political chaos and delayed polls, they are skeptical that the upcoming vote will change anything. In 2014, less than a fifth of Libya’s eligible voters participated in the parliamentary elections, and the country descended into civil war soon after. Many fear that the presidential election will produce the same result.

They are not wrong to be worried. Without a space for discussion between competing forces, those running for Libya’s highest office have faced very little scrutiny. The country’s media are rife with disinformation.

Dozens of TV channels – many funded by competing regional powers – report wildly different versions of even the most basic facts. Candidates appear on friendly, partisan channels and never face even simple questions about their vision of the country’s future and how they plan to govern.

This is not the case in elections for local councils, however. Unlike at the national level, local politics in Libya is a success story. Since 2011, debate clubs in all regions have exploded, and they have organised dialogues between political camps.

In the past decade, more than 100 municipal councils have been elected peacefully. While militias’ influence undermines national institutions, at the local level, youth organisations and respected community elders have been able to create platforms for discussion. Our proposed presidential debates build on this progress.

In planning the debates, my colleagues and I have gone to great lengths to make them a credible source of information for voters. We examined similar debates around the world – from Belarus to Colombia to Jamaica – in devising a plan for Libya. One decision we made was to hold the debates remotely, to prevent the accusations of favouritism that inevitably would follow the selection of a location for an in-person event.

An unfettered, authentic political debate between the presidential candidates is a crucial step toward disempowering the armed factions and political elites who currently compete for dominance. Continued conflict will be inevitable, regardless of what group is in power, until citizens trust and support the political process, and politicians know that election results will be respected.

The presidential debates offer all candidates the opportunity to provide real answers to the population – a sharp and necessary departure from the backroom deals and side hustles that have characterised Libyan politics.

The debates also are an opportunity to reduce the risk of a legitimacy vacuum after the vote. As part of the conversation, we will ask candidates whether they will accept the results of the election.

That elections are being held at all is a promising sign in a country still struggling to recover from ten years of political fragmentation and civil war. But elections alone are not enough. Libya’s elections up to this point have been marked by low voter turnout, contested results, and partisan violence.

A real, functioning democracy requires lively, uncensored debate, equal opportunity to speak and be heard, and, above all, a culture of trust between citizens and the politicians who represent them.

The presidential debates are a first step toward creating these conditions in Libya. They deserve nothing less than the international community’s full support.