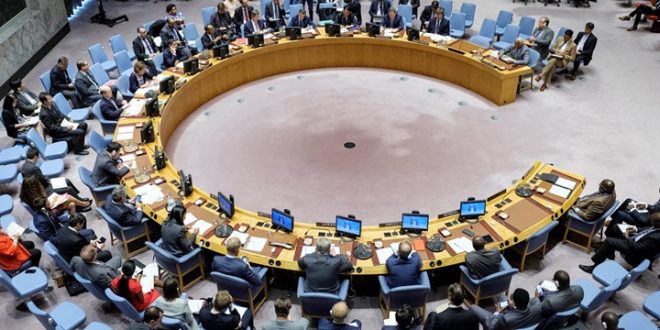 Russia and the United States were deadlocked Thursday over extending the United Nations mission in Libya, which ends Jan. 31, with Moscow demanding the secretary-general’s American special advisor on Libya be replaced, diplomats said.

The vote on a resolution proposed by the United Kingdom to extend the Libya mission, UNSMIL, until Sept. 15 had been planned for Thursday morning but was postponed indefinitely at the last minute.

Russia had intended to veto the text before proposing its own resolution for a vote, which could have been vetoed by the United States.

The Russian text, obtained by Agence France-Presse (AFP), asks that “the Secretary-General appoint his Special Envoy without any further delay.” It also proposes extending the mission until April 30 when, according to Moscow, the political situation in Libya would become clearer.

American Stephanie Williams has served as de facto U.N. special advisor on Libya, after the sudden resignation of envoy Jan Kubis in November.

U.N. Secretary-General Antonio Guterres nominated Williams as “special advisor” instead of “envoy” in early December, a move that allowed him to sidestep the 15-member Security Council.

An Arabic-speaker, Williams served in 2020 as acting director of the U.N.’s Geneva-based Libya mission, after being its deputy director from 2018-2020. She had been a key player in orchestrating progress in the region, including a cease-fire in October 2020 after several years of clashes.

According to diplomats, the resignation of Kubis, a Slovak, was badly received by Russia, which has since sought to regain an advantage.

On Monday, during a Security Council meeting on Libya, Russia’s Ambassador to the U.N. Dmitry Polyanskiy stressed what he called the importance of appointing a new mediator in the North African nation.

“It’s important that the Secretary-General present a candidate for this position as soon as possible,” he said. “The U.N. envoy must have sufficient experience in the framework of a mandate decided by the Security Council.”

“Unfortunately, we do not have such a person at the head of the mission at the moment,” he added.

UNSMIL expires Monday evening, which leaves some time to find a compromise between Russia and the United States.

But a diplomatic source said that divisions between U.N. members are not a “good signal” to Libyans and “will not help Stephanie Williams” in her current role.

“The Secretary-General is extremely grateful for all the work that Stephanie Williams has done in her previous capacity … and what she continues to do on the Libyan file as a special advisor. She’s done a very, very good job in (the) face of a very difficult situation,” Dujarric said during his daily press conference.

Libya failed to hold its first-ever presidential elections on Dec. 24 as scheduled, a major blow to international efforts to end a decade of chaos in the oil-rich Mediterranean nation.

The country plunged into turmoil after the NATO-backed 2011 uprising and split into rival governments – one in the east, backed by military commander putschist Gen. Khalifa Haftar, and another, U.N.-supported administration in the capital of Tripoli, in the west. Each side is supported by a variety of militias and foreign powers.

In April 2019, Haftar and his forces, backed by Egypt and the United Arab Emirates (UAE), launched an offensive to try and capture Tripoli. His campaign collapsed after Turkey and Qatar stepped up their military support of the Tripoli government.

Mediated by the U.N., an October 2020 cease-fire led to the formation of a transitional government and scheduled elections for Dec. 24. But the vote faced steep challenges that eventually forced its postponement. 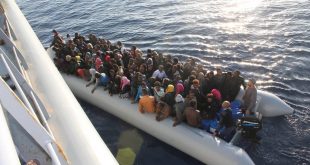