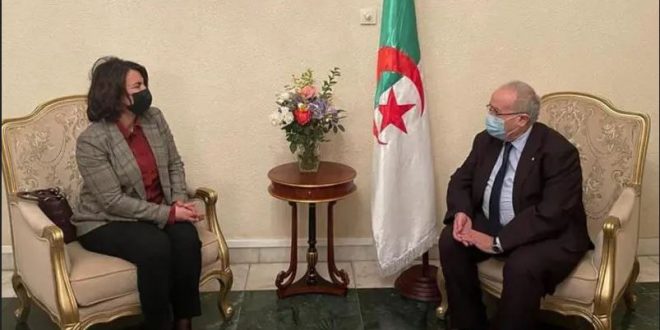 Algerian Foreign Minister, Ramtane Lamamra, has stressed the importance of advancing the path of national reconciliation that would strengthen national unity and achieve consensus among Libyans, reiterating his country’s support for Libya.

This came during his meeting with the Minister of Foreign Affairs, Najla Al-Manqoush, in Addis Ababa, on the sidelines of the 40th ordinary session of the Executive Council of the African Union.

Both sides discussed the latest developments in Libya and ways to revive the political track to resolve the crisis.

For her part, Al-Manqoush praised Algeria’s supportive stance for the Libyan people, and its continuous endeavor to make the supreme interest of the Libyans its primary goal, stressing the importance of communication and coordination between the two countries on issues of common concern.