Home / Normal / ISIS: A growing threat to Libya and Tunisia 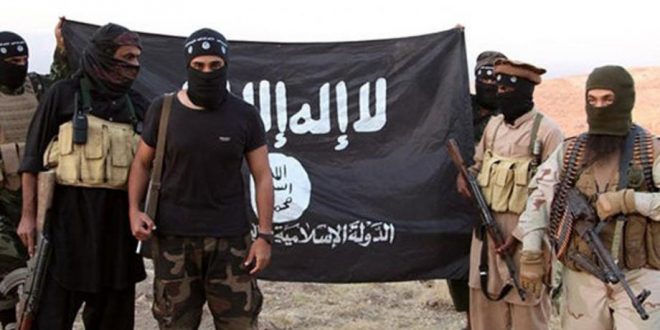 ISIS: A growing threat to Libya and Tunisia

Terrorism that stems from religious ideology has always transcended national borders, as it does not recognize these borders that contradict its fundamentalist rhetoric, which considers the Islamic caliphate in its loose sense the basis of its political activity, and this was evident in the agendas of the terrorist organization ISIS that announced the establishment of its Islamic state, taking advantage of the groups that were operating under the terrorist organization Al-Qaeda, which lost its stronghold in Afghanistan, and lost the ability to communicate with these groups around the world.

The political vacuum that followed the Arab Spring revolutions exacerbated the security concern, as the terrorist organization ISIS succeeded in creating networks of communication among extremist elements around the world. Terrorist operations that claimed the lives of hundreds of innocent people, while the organization contributed to the transfer of weapons, ammunition and explosive materials into the Tunisian interior to destabilize and hit the nerve center of the Tunisian economy based on the inputs of the tourism sector.

Tunisia’s trial of a terrorist cell of four members accused of bringing shipments of weapons and explosives into Tunisia from Libya sheds light on the extent of cooperation among terrorists and the heavy bill paid by the two countries as a result of the expansion of their activities. Tunisia accuses the cell of importing weapons and explosives after smuggling them from Libya to be used later in suicide operations, through explosive belts and car bombs.

ISIS is exploiting Libya as a refuge for the organization’s leaders fleeing from Tunisia and being pursued at the national and international levels, which is consistent with information obtained by 218News from security sources confirming that the Libyan security services arrested the dangerous Tunisian terrorist “Bilal bin Abdulwahab bin Trad” in Tripoli, in intensive security follow-up framework for potential terrorists in the Nafusa and Sabratha regions.

About two weeks ago, sources from the Attorney General’s Office confirmed to 218News that the security services were conducting search operations after receiving information confirming the presence of the prominent Tunisian leader in ISIS, Ashraf bin Fathi al-Qizani, in the west of the country.

218News obtained an official document directed from the General Directorate of Security Operations to the Ministry of the Interior, confirming that the terrorists Hamza bin Salem Al-Aib and Al-Hadi bin Daou Al-Ghweil, wanted by the Tunisian authorities, are in Libya, specifically in the village of Takout near Nalut.

This operation is not the first of its kind in the recent period, as the Internal Security Service succeeded earlier in arresting the terrorist Mhamed Al-Tawati, from the city of Sabratha, who joined the terrorist organization “ISIS” in late 2015, at the height of its activity in the West Coast region, where the terrorist took over Operations to facilitate the entry of terrorists from Tunisia into Libya to carry out terrorist operations, the most dangerous of which was the reception of the suicide bomber at the Corentia Hotel, terrorist Idris Al-Amrousi, upon his arrival from Tunisia, via the city of Al-Jamil.

Security reports indicate that terrorists continue to move through the most dangerous corridors linking Libya and Tunisia, where ISIS leaders are secretly located in areas of the Nafusa Mountains and the western coast, where it is expected that the security prosecutions will lead to the overthrow of the leaders wanted at the local and international levels.

The remarkable activity of these groups between Libya and Tunisia raises questions about the security role and government coordination between the two sides, in light of the seemingly fleeting tension in the relationship between the two countries after mutual accusations of supporting terrorism, an atmosphere in which the terrorist organization may find a wide area of ​​work with the recent escalation of its activity in the arena. In addition to declaring the presence of its cells in the southwest of the country in light of the fragile security along the African Sahel region.

Will the authorities of the two countries succeed in formulating a security and intelligence perception that limits the activity of the organization, which paid the two countries a heavy price for its blind operations?