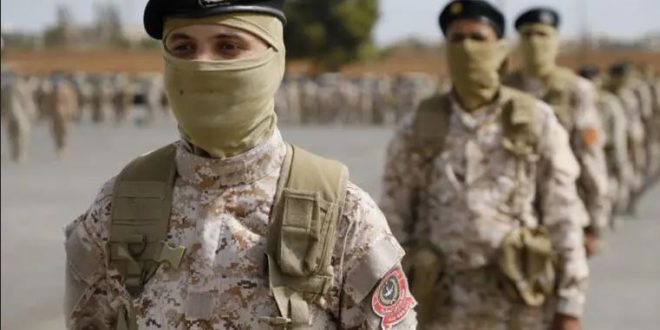 The Libyan army, on Tuesday, commended the role of Turkey in training the Libyan army personnel, Anadolu News Agency reports.

“We extol the good level of training after implementing the training plan drafted jointly with the Turkish support mission in Libya,” Nouri Al-Shenouk, Director of Training in the Libyan Army, said during a graduation ceremony attended by Prime Minister, Abdul Hamid Dbeibeh, and the head of the Turkish military mission in Libya, Osman Aytac.

“The Turkish delegation played the biggest role in the training process,” Al-Shenouk added.

For his part, Aytac said Ankara is keen on establishing peace and stability in Libya, adding that his mission seeks to raise the Libyan army’s efficiency to international standards.

On 27 November, 2019, Ankara and Tripoli signed two separate memoranda of understanding; one on military cooperation, and the other on maritime boundaries of countries in the Eastern Mediterranean.