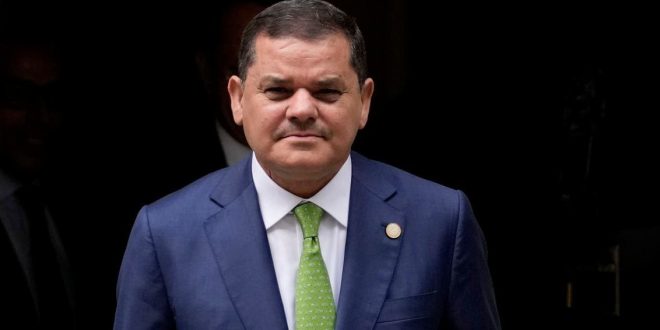 A day after surviving an alleged assassination attempt, al-Dbeibah told Libya Al Ahrar TV a bill would be presented to the House of Representatives then transferred to the presidential council for ratifying.

Libya was meant to hold presidential and parliamentary elections in December, but arguments between factions and bodies of state over how they should take place meant the process collapsed days before the vote.

Nearly 3 million Libyans signed up to vote in the December election, and the political jostling and delays that have followed have infuriated many.

“Tensions between the US, Russia, France, and European countries could exacerbate divisions in eastern Libya”

The interview came after an assassination attempt which al-Dbeibah said he escaped unharmed early on Thursday.

Al-Dbeibah said two mercenaries were hired to kill him but he did not elaborate on who was behind the alleged attack. Reuters has been unable to independently verify the details or speak to witnesses.

“The Parliament’s selection of a new government is another attempt to enter Tripoli by force,” al-Dbeibah said in the interview.

He said the parliament’s move was similar to what happened in 2019 when the Libyan National Army (LNA) of eastern commander Khalifa Haftar and his army attacked Tripoli.

Libya has enjoyed little peace since the 2011 NATO-backed uprising against Muammar Gaddafi, and it split after a 2014 election between warring eastern and western factions, a conflict the elections were meant to help resolve.