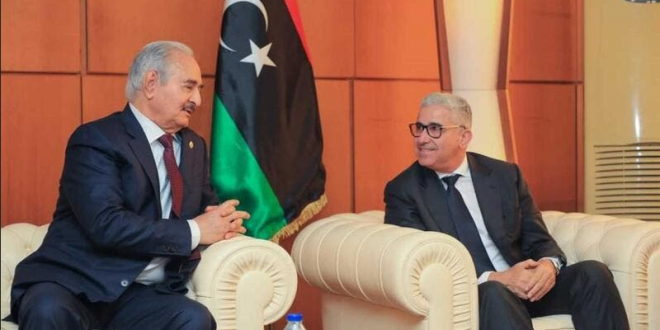 The Tobruk- based House of Representatives in eastern Libya said its decision yesterday followed the failure of Abdul Hamid Dbeibah, the incumbent prime minister, to hold elections in December, something that was agreed to under a UN-brokered peace process.

The move came hours after an assassination attempt on Dbeibah, whose vehicle came under attack in the capital Tripoli. He escaped unharmed.

Meanwhile, a spokesman for Haftar, said the new government must work with the regular military and security authorities in order to “protect the sovereign state institutions from the blackmail and domination of outlaws, and to support the efforts of the Joint Military Committee (5 + 5), pave the way for elections, and support the war on terrorism.”

Earlier yesterday, Parliament Speaker Aguila Saleh said he had received a letter of recommendation from the High Council of State supporting Bashagha’s candidacy to head the new government.