Home / Normal / UN Secretary General calls for stability, early elections, and critical decisions to be taken in a transparent and consensual manner 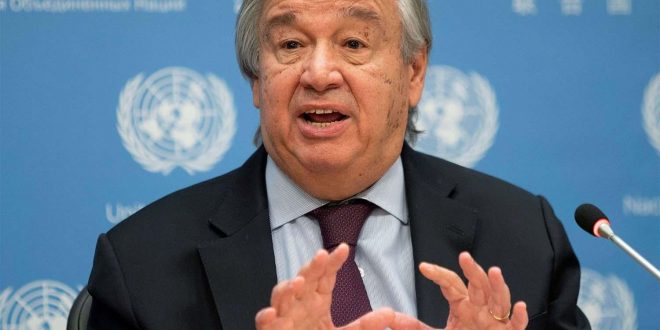 UN Secretary General calls for stability, early elections, and critical decisions to be taken in a transparent and consensual manner

Commenting on the latest political developments in Libya, the UN Secretary General Antonio Guterres called for stability, early elections, and critical decisions to be taken in a transparent manner. The Secretary General was speaking through his official Spokesperson Stephane Dujarric in New York yesterday.

‘‘The Secretary-General is following closely the situation in Libya. He takes note of the vote taken on Thursday, 10 February, by the House of Representatives in consultation with the High State Council to adopt the constitutional amendment, which charts a path for the revision of the 2017 Constitutional Draft and for the electoral process. He also takes note of the vote of the House of Representatives to designate a new Prime Minister.

The Secretary-General calls on all parties and institutions to continue to ensure that such critical decisions are taken in a transparent and consensual manner.

The Secretary-General further calls on all parties to continue to preserve stability in Libya as a top priority. He reminds all institutions of the primary goal of holding national elections as soon as possible in order to ensure that the political will of the 2.8 million Libyan citizens who registered to vote are respected.’’, the statement read.