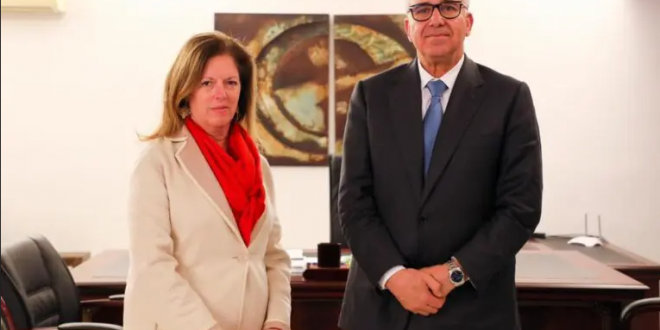 Already riven by years of east-west divisions, Libya on Thursday found itself with two prime ministers based in the western capital Tripoli.

That came after the east-based parliament voted to replace the government of construction tycoon Abdulhamid Dbeibah with one led by former interior minister Fathi Bashagha.

Both men hail from the powerful western city of Misrata and are backed by rival armed groups in Tripoli.

Libya has been ripped apart by a decade of regional, tribal and ideological violence since a 2011 revolt toppled and killed dictator Moamer Kadhafi.

Following a landmark 2020 ceasefire, Dbeibah had been appointed as interim premier with a mandate to lead the country until elections on December 24 last year.

But since the polls were indefinitely postponed amid wrangling over their legal basis and who could stand, Dbeibah’s rivals have been insisting that his mandate is up.

Williams, who is de facto acting as the UN’s envoy to Libya, tweeted that she had met Dbeibah on Sunday to discuss the latest developments.

“I reiterated the importance for all actors and institutions to work within the political framework and, above all, to preserve calm on the ground in the interest of Libya’s unity and stability,” she wrote.

She also said the UN “remains committed to raising the voices of the 2.8 million Libyans who registered to vote”.

Williams also met Bashagha, and “highlighted the need to go forward in an inclusive, transparent and consensual manner, and to maintain stability in Tripoli and throughout the country”, she said.

UN Secretary-General Antonio Guterres said Friday he had “taken note” of the vote for Bashagha, urging all sides to preserve calm “as an absolute priority”.