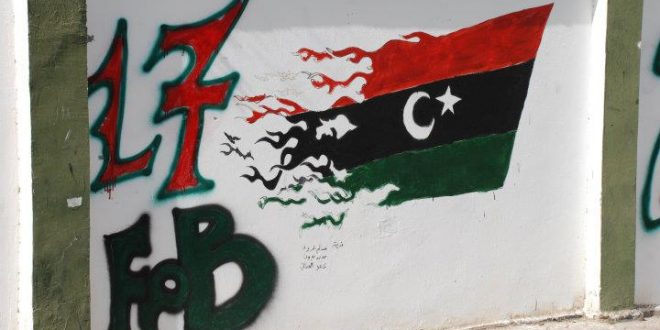 On the eve of the 11th anniversary of the 17 February 2011 revolution that ended the 42-year Qaddafi regime, Libya is still seeking what now seems an unattainable political stability.

Libya has a temporary constitution – the (amended) Temporary Constitutional Declaration (TCD) of August 2011. This constitution, as its name clearly indicates, was meant to be the interim rules of the political game during the revolution. It was a statement of intent – a social contract – by the temporary unelected political leadership of the time (the unelected National Transitional Council -NTC) with the rest of the population – until elections were held.

Elections were indeed held in 2012 leading to Libya’s first post-Qaddafi parliament: the General National Congress (GNC). The main task of the GNC was to approve a permanent constitution and organise elections. However, armed militias, and the intoxicating effect of post-Qaddafi power and freedom meant the GNC, the militias, and probably the public at large too, lost sight of the goal of the constitution and elections and fought over influence, power and rentier state booty. Things quickly spiralled out of control.

The GNC forced to organise elections

The GNC’s performance was so bad that, under public pressure (and with some militia coercion) it agreed to end its term early by organising the 2014 elections. Those elections led to the birth of the current parliament, the House of Representatives (HoR). The main aims of the HoR were to pass the draft constitution presented to it by the elected Constitutional Drafting Authority (CDA).

The centrifugal effect of the 2014 elections

However, the emergence of Hafter in the east and the 2014 (Libya Dawn) Tripoli militia coup supported by the rump of the GNC, led to the recognized caretaker government of Abdalla Thinni fleeing Tripoli to eastern Libya. This in effect meant Libya became politically split with parallel entities in the west and east vying for legitimacy and mandate.

The rump GNC seated in Tripoli elected a new (internationally unrecognized) Government of National Salvation. The caretaker Thinni government elected by the GNC, and the newly elected parliament (HoR) in the east slowly lost their mandate and legitimacy by being isolated from Tripoli.

They were damaged by not having physical (coercive?) control over the Central Bank of Libya and the Audit Bureau. They had no access to Libya’s oil money. This meant they were unable to affect change on the ground – change that needed money.

To fix the polarising political effect of the 2015 Tripoli militia coup, the Skhirat Libyan Political Agreement (LPA) was brokered by the United Nations as a temporary compromise to save the unity of Libya – until elections were organised. The LPA created the Faiez Serraj Government of National Accord (GNU) and the High State Council (HSC). The HSC was to be a consultative body with the HoR.

All major political decisions were to be conducted in agreement between the HSC and HoR. However, the two bodies failed to agree on elections, the constitution, and sovereign bodies. Squabbling over power and influence, they lost sight of elections and the permanent constitution leading to Libya remaining stuck in a political quagmire since the 2015 LPA.

To add to Libya’s political polarisation, Khalifa Hafter launched a war on Tripoli in April 2019. The war was blessed by HoR Speaker Ageela Saleh which lost the HoR even more legitimacy in Tripoli and western Libya. Hafter failed to take Tripoli and was eventually repulsed to the Sirte-Jufra ceasefire line.

The October 2020 ceasefire agreement and LPDF

A ceasefire was signed in October 2020 which eventually allowed UNSMIL to activate the Libyan Political Dialogue Forum (LPDF).

Just as the 2011 TCD was the temporary social contract to fill the political void left by the collapse of the 42-year Qaddafi regime, and the Skhirat LPA was the political fix after militias carried out the 2014 Tripoli coup in reaction to losing power after the 2014 elections – in November 2020 UNSMIL created the Libyan Political Dialogue Forum (LPDF).

Having failed to organise elections or approve a constitution on their own since 2014, UNSMIL brokered the LPDF in an attempt to extricate Libya from its interim stage.

The current Government of National Unity (GNU) led by Abd Alhamid Aldabaiba is the selected child of the LPDF Road Map. The original 74 LPDF members were chosen by UNSMIL to broadly represent Libya. At a gathering in Geneva live on air they chose the GNU. During the tenure of the GNU constitutionally based elections were supposed to be held.

And indeed, the election date of 24 December 2021 was set – but for a variety of genuine and fig leaf reasons the elections were postponed. With the abandoning of the elections, this meant that Libya was back in its permanent state of ‘‘interim’’ government again – nearly 11 years after ending the Qaddafi regime.

The GNU was supposed to handover to a constitutionally elected government on 24 December 2021 – according to the interpretation of western nations. The HoR had an alternative interpretation. As far as it is concerned, the tenure of the GNU ended on 24 December 2021. In September, the HoR had withdrawn confidence from the GNU and in February this year the HoR designated former interior Minister Fathi Bashagha as the new prime minister. It gave him two weeks to put forward a new government to parliament for approval.

Current prime minister Aldabaiba believes he is supposed to handover power only after elections produce a new government. He is refusing to hand over power.

Why is a permanent constitution needed?

A constitutionally based election

On another level, it needs its next election to be held based on its permanent constitution. This would mean that any newly elected government would be ‘‘legitimate’’ and fully mandated to implement radical reform.

Necessary radical reform is need because Libya is still – eleven years on from his death – operating under Qaddafi-era laws and systems.

Libya, therefore, needs a fully mandated government backed by the force of a constitution to carryout radical reform of its laws and economy to do away with most of the socialist/welfare state system that it has inherited.

Only by freeing the economy and abandoning many of the Qaddafi-era laws and practices can the country develop and become productive.

End of the oil era

Libya needs to create a system that encourages enterprise so that most of its citizens become productive. Sadly, Most Libyans today are unproductive state employees who simply get paid just for turning up to work. Many do not even bother to turn up to work. Quite a few get paid for more than one job. And a smaller few are still getting paid (or at least their relatives are) even though they have been dead for a while!

A constitutionally elected government to tackle the militias

On the security level, Libya needs a legitimate and fully mandated government to enable it to reform the country’s militias into a unified army and police force that is accountable not to their current revolution-time leaders, but to the elected civilian government. In other words, the country needs security apparat that are loyal to the institution and post of their leaders – and not to their leaders personally.

An agreed process for changing government

More pertinently, Libya needs a constitution so that it can start to change governments as regular as, for example, Italy in a smooth and seamless manner without a danger to the whole political system collapsing. A constitution would strengthen institutions and provide resilience to the whole Libyan political infrastructure.

Rome was not built in a day…

A constitutionally based government would also empower Libya’s foreign allies. They would be able to support the government of the day more forcefully across a variety of sectors – including security sector reform and in rebuffing the country’s militias.

A permanent constitution would be the start

The constitution is the start. It would be the first building block to a more democratic, more legitimate, and hopefully more stable Libya.

But it may also be a more ordered Libya where the Attorney General would be able to arrest and charge more lawbreakers. It would not be a Libya of total chaos and corruption. That could be why many fear elections and change.

Centrifugal effect of threat of elections, change and law enforcement?

It seems that the threat of Libyan elections in December last year, or soon afterwards, had a centrifugal effect on Libyan politics. There is a fear of elections and the change it might bring and the forthcoming political unknown by the status quo stakeholders who fear losing power or even being vulnerable to prosecution or persecution after any elections that may sweep the old political guard aside.

Who fear change the most?

The next parliament will be seated in the west?

An election will most probably mean that the next parliament will not be seated in the east of Libya. Its presence in the east ensured that the Speaker was an easterner and Saleh empowered Hafter by giving him legal cover. Ageela Saleh is very unlikely to be re-elected as Speaker of the HoR again after elections. The same will apply to many HoR members deemed to have been ineffective since 2014.

Will Hafter lose his legal cover after an election?

If the next parliament is based in the West, it will mean that Hafter will not be appointed commander of the armed forces. Unlike Ageela Saleh, Hafter will not lose all his current power as he currently enjoys unchallenged coercive power on the ground in the east and to a high degree in the south. But he could find himself outside the legality of commanding the Libyan army and could be relegated politically to commanding an illegal army. Stripped of his legal cover, his eastern military coalition could start to disintegrate.

The HSC and Mishri will surely disappear?

HSC head Khaled Mishri will surely lose his current position of influence as his unelected HSC was an extraordinary creation of the Skhirat LPA after the extraordinary political situation post the 2015 Tripoli militia coup. This will apply to all HSC members.

Two of the most disliked civilians by the HoR holding top posts in Tripoli are CBL Governor Sadek El-Kaber and Audit Bureau head Khaled Shakshak. Both have overstayed their terms in office. El-Kaber has been sacked three times by the HoR.

All those benefiting from the status quo

But it also applies to numerous militias and the political and business elite benefiting from the current status quo who fear that a change could result in them losing power, influence, and access to rentier state booty.

It is this status quo elite who fear elections and change the most and who are subjugating the rest of Libya’s population to an infinite period of interim, weak, ineffective governments – to safeguard their narrow self-interests. They fear a Libya of strong government and the rule of law where corrupt elites cannot benefit at the expense of most of the population.

Need for a public awakening and uprising?

Its these powerful self-interested stakeholders in various guises and combinations that have suppressed Libya from making progress since 2011. It is not going to be easy for the Libyan public to unlatch their tight grip on the levers of power and money. It may need another major public awakening and uprising to return the revolution and Libya to the majority of its people.