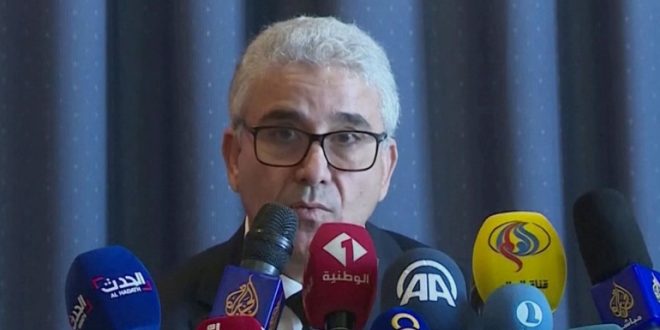 Al-Rajubi told reporters that the meeting with Bashagha aimed to reach an agreement that ends the ongoing conflict and controversy, adding that the current disagreement is normal and cannot lead to war, and saying that they will have a meeting with the Prime Minister Abdul Hamid Dbeibah to listen to his take on the issue.

The meeting was described by political and social activists in Libya, those who reject the deal leading Bashagha to the top of the government, as unsuccessful, saying Bashagha couldn’t convince the Misurata leaderships of his vision for Libya, especially with the lack of assurances that no party will exclude the other as was done in the last few years.

Activist Jalal Al-Gubbi said Bashagha told the leaders in Misrata, answering a question about what would happen if Aqila Saleh and Khalifa Haftar betrayed him and withdrew confidence in his government as they did with Dbeibah, that he would go to war to keep his position in power, which the activist said bothered the attendees as they thought Bashagha was advocating for peace in his new vision not war.

Meanwhile, activist Ahmed Al-Rawiyati who is close to Bashagha said the meeting was friendly and honest with straightforward talk with the leaders in support of the Dbeibah government and are afraid or hesitant to agree on the roadmap approved by the House of Representatives and High Council of State.