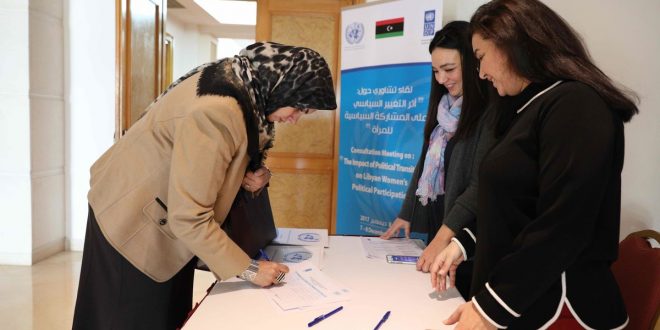 A group of female candidates for the Libyan parliamentary elections has pushed for holding the elections, during a virtual meeting with the UN Secretary-General’s Special Adviser on Libya Stephanie Williams on Sunday.

Williams said that she briefed them on her recently announced initiative that aims at bringing Libyans together to agree on a consensual constitutional basis to enable the holding of these elections as soon as possible.

“They expressed their concerns about the under-representation of women in Libya’s political life and called for increasing the women’s quota for elections.” She tweeted.

Williams praised the candidates for their decision to run for elections, describing her meeting with them as inspiring.