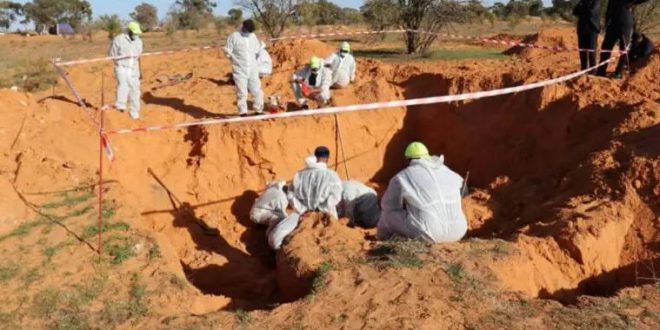 The Public Prosecution has issued arrest warrants for several leaders of the “Al-Kaniyat” militia and its members that have enrolled in the group since 2017, the Public Prosecutor Siddiq Al-Sour has said.

The armed group, also known as the 9th Brigade in Khalifa Haftar’s ranks, has been accused of human rights abuses and murdering hundreds of civilians in the western city of Tarhuna.

Al-Sour told members of the Association of Victims of Tarhuna that orders have been circulated through the General Secretariat of the International Criminal Police Organization to arrest the accused and bring them to justice.

“The Public Prosecution Office is in contact with the military prosecution to include the investigations related to the case and has ordered the freezing of funds of those accused, Al-sour added.